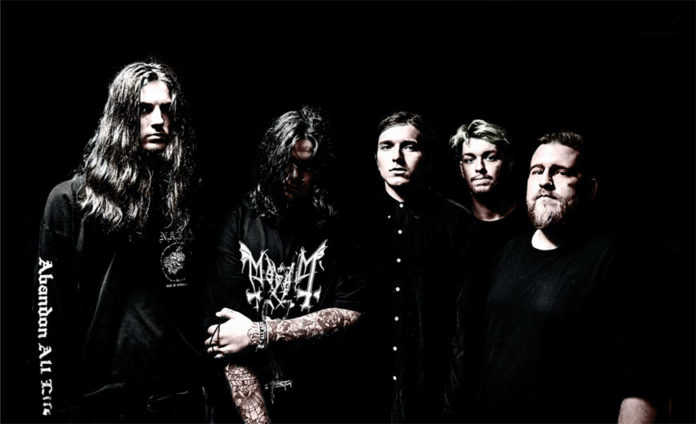 Fearless Records has signed Parting Gift. The UK band will release its label debut in the form of the Ensom EP on March 22.

Alongside the announcement of the new release and the Manchester band’s signing to U.S. rock powerhouse Fearless Records, the band has also released the single “Pale.”

Watch the video and listen to the track here.

Parting Gift vocalist Zac Vernon muses, “‘Pale’ is the emptiness one cannot escape. It returns when the mind is idle. It seeks no endgame. It lives and breathes pain and it is the opposite of love. In ‘Pale,’ the sacred grounds appear for the first time.”

From its blast beating wall of sound intro to its ethereal yet impassioned vocal delivery, “Pale” is an enthralling and innovative composition that’s already captivating crowds at Parting Gift’s live shows. Its accompanying music video paints a bleak picture and it’s one which embodies the overall feeling of the EP.

Vernon further says, “The basis of the entire EP is the feeling of a cold, dark entity making one unable to feel anything. The darkest of dreams and visions, delusions. It is walking the thin line between what is real and what is in your mind. It is the obsession by what is seemingly out of one’s control. A sort of coping strategy for the pain it causes.”

Parting Gift have already racked up plenty of miles on the road during their short time as a band so far — and this year won’t be an exception, with lengthy tours supporting the likes of Dream State and Blood Youth already lined up, as well as an appearance at Download Festival.