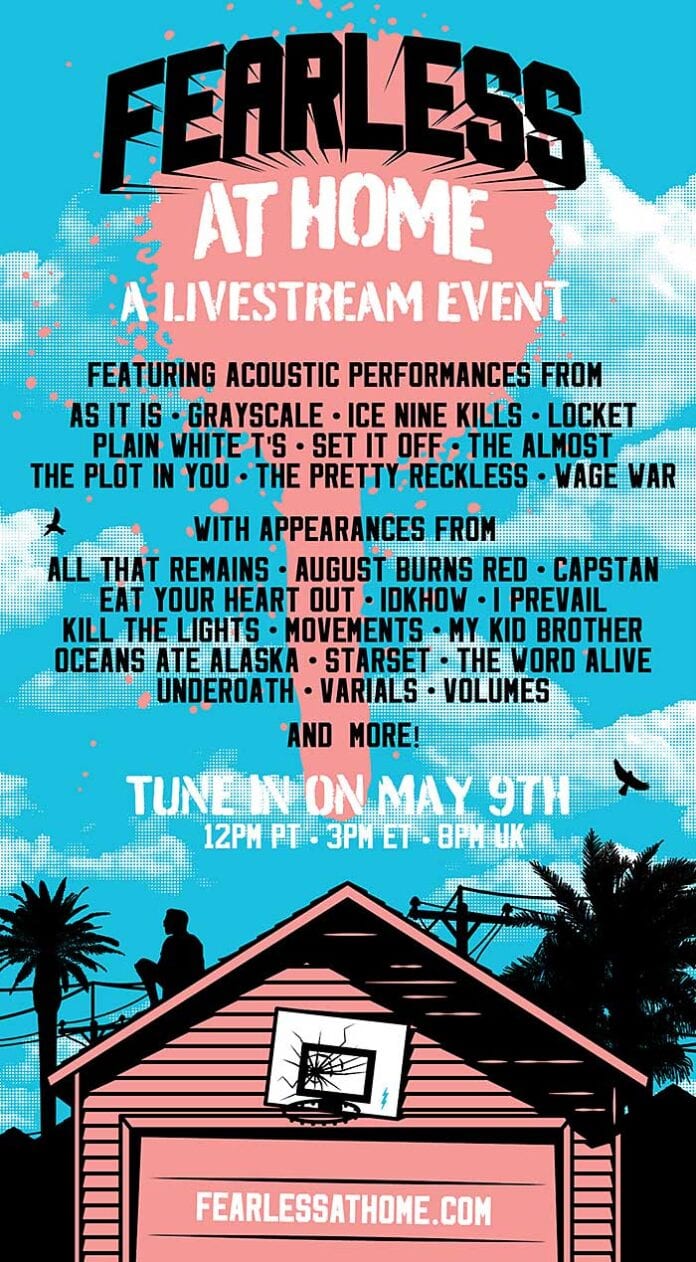 Fearless Records will be hosting a one-time only, global event featuring the label roster. Fearless At Home will take place Saturday, May 9 at 3pm ET/12pm PT via the label YouTube channel.

Today, Fearless has announced which artists will be participating, making Fearless At Home a “can’t miss” event. On deck are acoustic performances from As It Is, Grayscale, Ice Nine Kills, Locket, Plain White T’s, Set It Off, The Almost, The Plot In You, The Pretty Reckless, and Wage War.

This live-streamed, virtual event also functions like a “festival” to help raise funds for bands + crew. Fearless will also releasing two event-branded merch items where all net proceeds will be donated to Crew Nation. Be sure and tune in to Fearless At Home on Saturday, May 9 or be felled by FOMO!