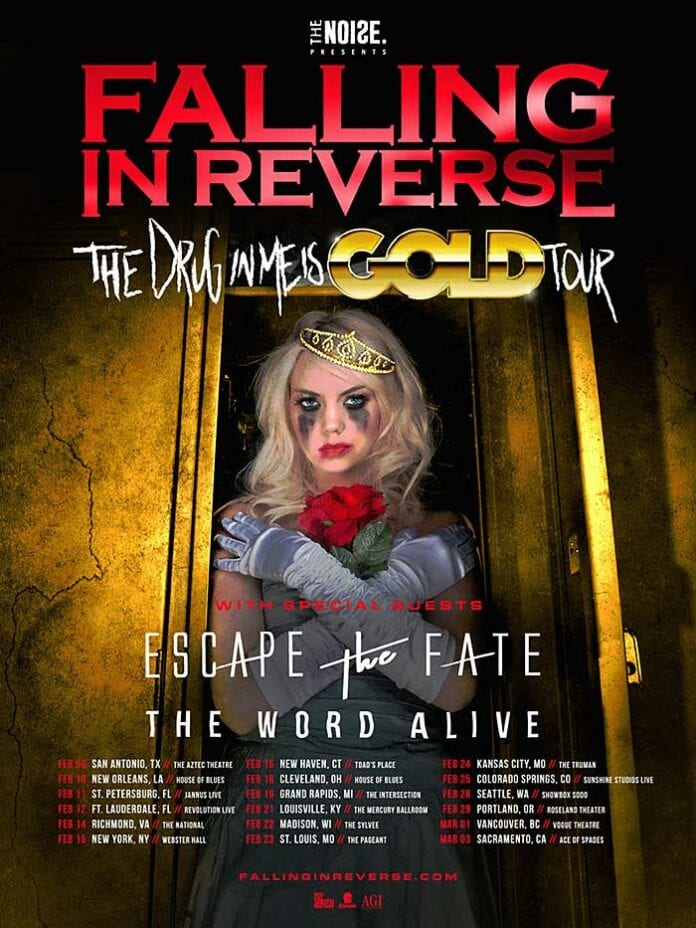 To celebrate the gold certification of their debut album The Drug in Me Is You, FALLING IN REVERSE have announced “The Drug in Me Is Gold” tour. The trek kicks off February 8 in San Antonio, Texas and runs through March 3 in Sacramento, California. Escape the Fate and The Word Alive will serve as support. All dates are below. Tickets are available here.

“I’m very honored and thankful to the fans for this milestone,” says singer Ronnie Radke.

The Drug in Me Is You arrived on July 26, 2011 via Epitaph Records. The record is considered a classic of both the genre and the era, and has spawned several hits, such as the title track, “Sink or Swim,” and “I’m Not a Vampire.”

Falling In Reverse will be performing The Drug in Me Is You in full, along with some other fan favorites, on this tour.

The band will also release a limited run, gold vinyl edition of the album on January 17. It is currently available for pre-order here.