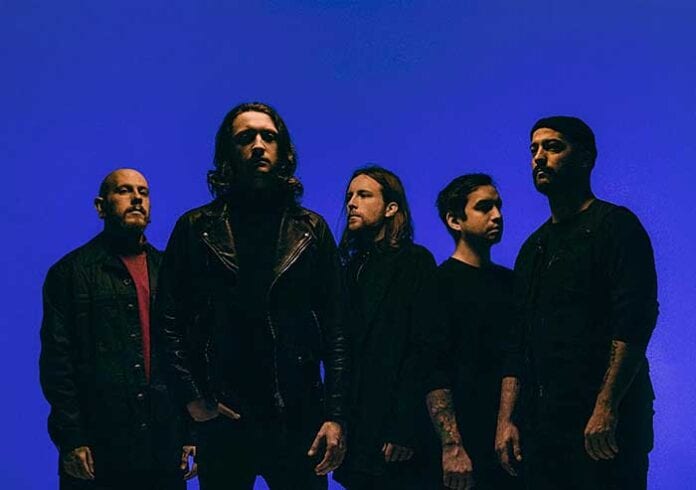 Determination and steadfast dedication have defined ERRA’s path, forging a unique connection with an ever-growing audience, without the advantages of traditional recognition. Monumental riffs and enchanting melodies litter the cerebral, immersive soundscapes powering each of the progressive metal merchant’s albums, culminating in a career-defining fifth, boldly titled ERRA. The highly anticipated album sees its release on March 19 via UNFD, their first for the label—pre-order and save here.

On ERRA, the prolific metalcore progressives confront depression, anxiety and desperation throughout. The band take listeners on a near-out-of-body journey to Aokigahara, the infamous Suicide Forest of Japan; into episodic storytelling that would make Black Mirror writers proud; and into the literary works of Cormac McCarthy and Hubert Selby Jr.

Today they reveal new single and video “Divisionary.” “It’s a song about our relationship to technology,” vocalist/guitarist Jesse Cash explains. “The song is pretty on the nose and intentionally a bit tongue-in-cheek. It creates a sort of campy parallel between our phones and religion. In the song, technology is God and we are all zealous fanatics of the service it provides, which is distraction from our immediate realities, which is presence.”