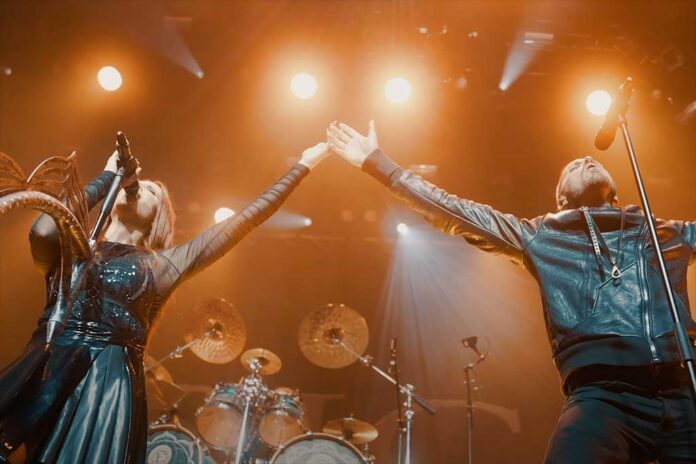 Always pushing forward, always aiming higher: In the 20 years of their existence, EPICA have never shied away from challenges, twists and turns, weathering every storm and pushing the symphonic metal genre to heights no one even dared to believe in. Since 2002, the band surrounding global metal icon Simone Simons and her long-time musical partner Mark Jansen have released eight highly innovative and cinematic albums, have toured the world over and have left their mark as one of metal’s most prolific, most cherished and most admired success stories forever.

With The Alchemy Project, out on November 11th through Atomic Fire Records, EPICA set another highlight in the band’s 20th anniversary year! Graced by a vivid and witty artwork by graphic wizard Heilemania, visual partner in crime for more that 15 years, EPICA embark on a journey through seven extraordinary new songs. Co-written and performed with diverse guests ranging from extremists like Fleshgod Apocalypse, Niilo Sevänen (Insomnium) and Björn ‘Speed’ Strid (Soilwork) via melodic masters like Tommy Karevik (Kamelot), keyboard legend Phil Lanzon (Uriah Heep) or Roel van Helden (Powerwolf) to a once-in-a-lifetime song with Simone Simons, Charlotte Wessels and Myrkur, EPICA have really outdone themselves once again. The result is a mind-bending EP that even surpasses the usual broad scope of an EPICA record.

The first track they wrote for this 7-track-offering was “The Final Lullaby,” a fast-paced, intense clash between EPICA and the avant-garde rock of Norwegian legends SHINING (with saxophone!), graced with one of the biggest refrains you will hear all year. “I’ve been a big fan of Shining since the first time I heard them,” bassist Rob van der Loo weighs in. “Our intention with ‘The Final Lullaby’ was to make a mash-up between Epica and Shining so we thought it would be a good idea if I would come up with some riffs that would be typical Shining and they would do the complete opposite.”