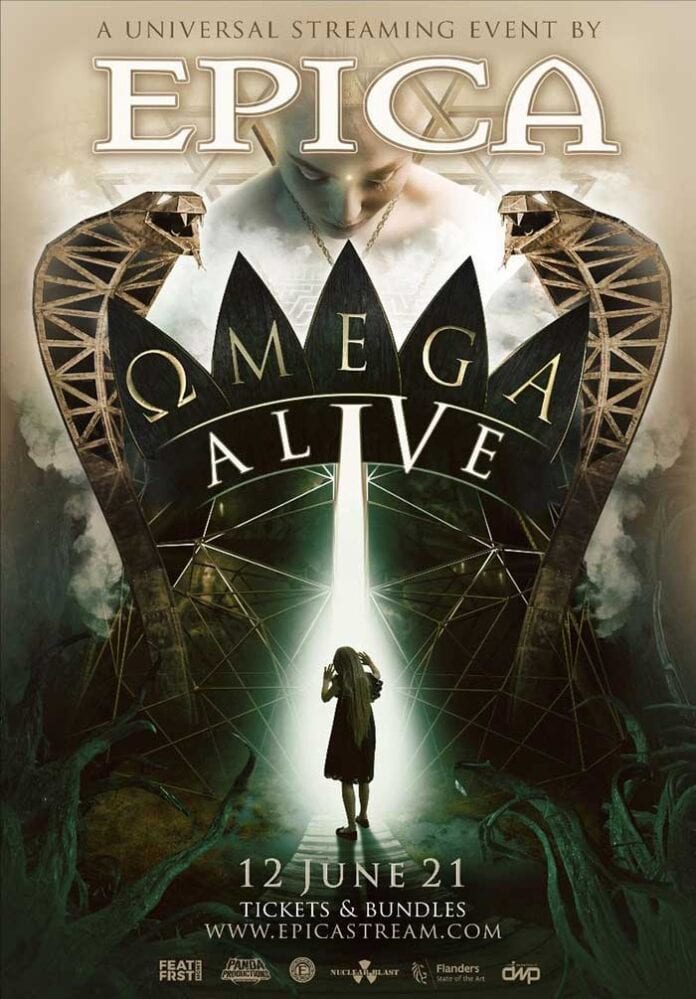 Dutch symphonic metal heavyweights EPICA announce their first ever streaming event titled Ωmega Alive. The universal streaming event will mark the band’s triumphant return to the stage to perform for the first time in support of their latest album Ωmega, their eighth full-length release the band’s first album in five years.

Ωmega Alive will be streamed on Saturday, June 12 at 12:00 PM PST / 3:00 PM EST / 21:00 CEST and will be available on-demand for 72 hours. Early bird tickets and exclusive bundles are on sale now at www.EpicaStream.com.

This one-of-a-kind online event will be the band’s most explosive performance to date with an enormous production on an ever-evolving stage setting that’s full of visual surprises. It will see the band perform songs from Ωmega for the first time ever, along with the band’s most popular songs and some other surprises.

Says EPICA keyboardist, and the mastermind behind the event, Coen Janssen: ”After releasing our new album Ωmega, we found ourselves with great new songs aching to be played live, but without a stage to perform them on. We still wanted to give our fans the best possible release show like we always do, so together with Jens de Vos from Panda Productions, we came up with a way to bring the EPICA experience into the homes of fans all over the world. ’Ωmega Alive’ is EPICA’s biggest show ever, and I can’t be more proud of what it has become! We went all out on everything we have to offer and I can tell you it is one massive audio-visual spectacle! Immerse yourself in the world of EPICA and join us in ‘Ωmega Alive’!”