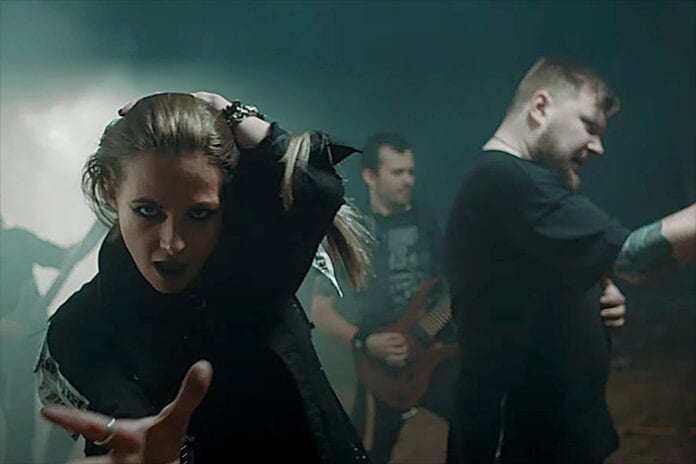 Be Under Arms is an established force in groove metal combining elements of metalcore and melodic death metal. Hailing from Russia, the band has released four highly successful albums and completed several major European tours supporting bands like the Butcher Babies, Caliban, Infected Rain, Jinjer, and many more.

Be Under Arms’ main premise as a band is focused on social and military orientation in a post-apocalyptic world . The combination of outstanding male and female vocals fronting the band gives a distinctive focus enabling the band to deliver a stellar performance.

“The Blood Oath” is the latest single to come from Be Under Arms. Vocalist Anna Logacheva said about the concept of new release, “We continue the theme of the collapsed world, where people are trying to build a new civilization on the remains of the previous one. We’ve already shown something in the previous video No-Go Zone, but the events get a new development here. The resistance has intensified, the big bosses are furious, and they decide to fight them with the help of android soldiers. Modern war is never fair, and we wanted to capture that in the video. The android looks like a human outwardly, and a group of people have no idea what awaits them. They accept him, while the drone activates the soldier. Shooting begins, but after the bullet touches the android’s power supply, the system crashes, and he realizes that he has killed those who were kind to him. The cross is the symbol of the last hope and love here, he takes it to remember. In the end, he shot down a drone, and this becomes a kind of sign of protest.”