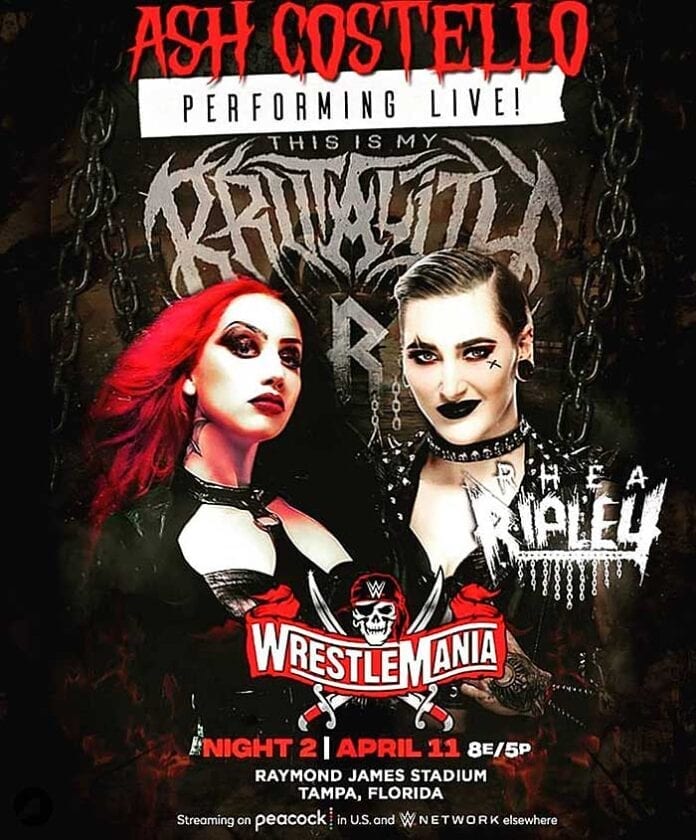 Ash Costello of New Years Day will performing “Brutality” at this year‘s WrestleMania for Rhea Ripley’s entrance for her match against Asuka.

Rhea Ripley will fight current Raw Women’s Champion Asuka for the title this weekend (April 10 + 11) at WrestleMania. The two-day Showcase of the Immortals will be WWE’s first show in front of a live audience since the COVID-19 pandemic struck, with sources reporting that a socially distanced crowd of up to 25,000 fans will be in attendance at Tampa Bay’s outdoor Raymond James Stadium.

Rhea Ripley vs. Asuka will take place on the second night of WrestleMania. WWE fans can watch WrestleMania on Peacock in the United States and on the WWE Network around the globe.