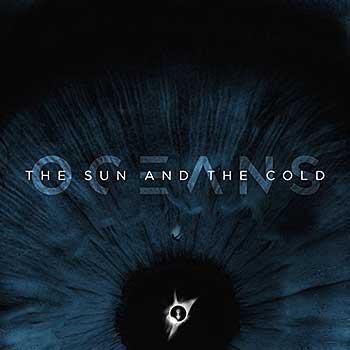 OCEANS
The Sun and the Cold

NU DEATH METAL: With a sound as vast as their name suggests, German/Austrian newcomers Oceans have quickly established themselves as a jack of all trades within the metal milieu, flawlessly blending the normally polar opposite worlds of death metal and nu metal, as bizarre as that sounds. It really is a sound that needs to be heard to be believed.

Enter their debut full-length, The Sun and the Cold.

Within the first few minutes of this massive metal oeuvre, we are treated to extreme blastbeats, melodic hooks laced with pure death growls, and galloping leads, and that’s merely the opening title track, which serves as a proper harbinger for the unpredictability yet to come. At times, The Sun and the Cold is catchy and anthemic (“We Are the Storm,” “Take the Crown”) and at times it’s all things menacing, bleak, and grim (“Dark,” “Truth Served Force Fed”), with the rest falling somewhere in the middle between insidious and infectious (“Shadows,” “Legions Arise”). Deep cut “Water Rising” adds yet another unexpected wrinkle to The Sun and the Cold, as it flips the script and goes all 90s alt-rock, before the hugely expansive closer “Hope” manages to somehow still expand the album’s laundry list of genre classifications with sprawling symphonic touches—a rather perfect climax for an album that truly defies conventional explanation.

While The Sun and the Cold is a bit uneven overall, it is still one of the most promising and polarizing heavy metal debuts you will hear anytime soon. ~ Brian Campbell