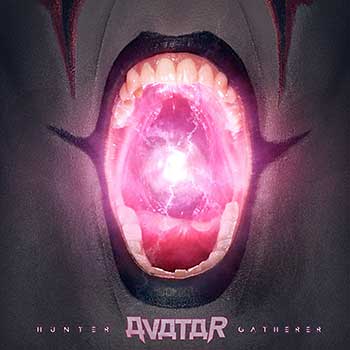 Post-Avatar Country Heaviness: After graciously welcoming us all into the friendly confines of Avatar Country and allowing us to be in the presence of its benevolent king, Swedish metal miscreants Avatar have returned with Hunter Gatherer, the eighth full-length of their mighty tenure. And their return is a triumphant one. Hunter Gatherer finds the band retreating to the darkest nether reaches and emerging from those depths with mighty aplomb, or exactly what you might expect from a band as fearlessly willing to uniquely adapt and change as Avatar is.

Hunter Gatherer quite literally explodes into existence with “Silence in the Age of Apes,” a ferociously heavy chugger that sees Avatar waste no time in reintroducing and rebranding themselves post-Avatar Country. The album quickly pivots to acerbic bounce and stomping grooves on “Colossus,” which features one of the album’s best pure riffs.

Stunning, sustained guitar refrains are the name of the game across the landscape of Hunter Gatherer (Jonas “Kungen” Jarlsby and Tim Öhrström are one the very best guitar tandems making music right now, not just heavy music). “A Secret Door” combines Guns N’ Roses “Patience”-esque whistling with punishing guitar work. The power metal leaning “Scream Until You Wake” gallops back in time in the Avatar canon, combining elements from Feathers & Flesh and Hail the Apocalypse. “Child” is vintage Avatar flair with crushing, sinister riffing and an absolutely maniacal vocal barrage from mercurial frontman Johannes Eckerström. “When All But Force Has Failed” just screams classic Avatar, and closer “Wormhole” is as menacing, evil might be the right word, as the band has ever sounded.

Eckerström flexes his vocal muscle on “God of Sick Dreams,” a surefire hit and one of the best tracks of Hunter Gatherer. The piano led “Gun” is a truly special entry, a soft and vulnerable moment that proves there is beauty amongst the destruction and proof that Eckerström is a well rounded frontman.

Hunter Gatherer is a metal clinic, a wonderful start to the latest chapter of Avatar. ~ Brian Campbell