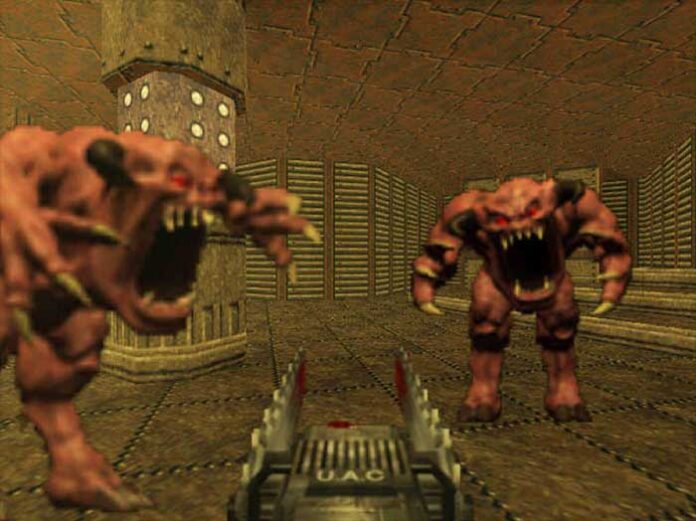 For fans of heavy metal, the gaming options have always been there, although perhaps not to the same extent as other genres. For example, it’s hardly like we were ever going to be treated to a Nine Inch Nails themed Minecraft release, is it? Pop and other more commercial music will always hog the limelight and potentially enter the gaming space more than others.

Thankfully, though, the options for metalheads aren’t completely non-existent. A variety of games have entered the fore over the years. Some are certainly better than others, of course. There have been various titles released that literally incorporate heavy metal into the all-around experience, too, alongside releases that might not feature a heavy metal band in the title but pair nicely with a particular band while you play it.

Like we’ve already touched on, some games, such as Rock Band, have featured world-famous bands into the title in what is a clear attempt to tap into casual gamers. For example, The Beatles: Rock Band, which was released in 2009, was a collaboration between MTV, Harmonix, Apple Corps and various members from the band. This happens in the movie industry also, with some popular movie-themed slot games and video games becoming a go-to option for fans of that particular genre too. The fact is, games developers are always keen to tap into new audiences, and by releasing a game that might appeal to a wider audience, they’re essentially increasing their chances of doing so.

So, with some metal games featuring famous bands and others simply pairing nicely with a particular track, here is a look at some ideal games for metalheads.

We simply had to kick things off with Doom. Boasting a range of characteristics any metalhead would adore, the game is a truly iconic release. The ramped-up music certainly added to the all-around heavy metal feel to the game, but so too did the endless rain of blood and it’s constant mayhem. A fast-paced action title with superb weapon mechanics, Doom is a game well suited to all metal fans.

The aim of Killing Floor 2 was fairly simple – kill as many Zeds as you possibly can. A game filled with chaos and gore, it’s a blast to play in both 6-player co-op and 12-player Versus Survival mode. In the latter mode, you actually play as one of the Zeds as you aim to survive the type of attacks you’ve been firing out in the past. Simply for its mayhem alone, Killing Floor 2 is well worth playing.

Coffee Crisis is simple but highly entertaining. The game involves shooting aliens and listening to heavy metal, all while you drink gallons of coffee. A truly mental game featuring plenty of metal, it’s a neo-rogue brawler every metalhead needs to sample.

One of those aforementioned gaming titles with a famous band incorporated into the title, Iron Maiden: Ed Hunter is both a game and an album. As the English heavy metal band’s music plays in the background, players are tasked with battering their way through eight levels. The game itself isn’t the best, but alongside Iron Maiden’s music, it creates a truly unique gaming experience. Admittedly, though, it’s a title you’ll either love or hate.

A game that pays homage to the overall heavy metal genre, we couldn’t leave Brutal Legend out. The aim of the game is to save the world using the power of heavy metal. You can’t really get more heavy metal than that, can you? It’s an entertaining release, too.