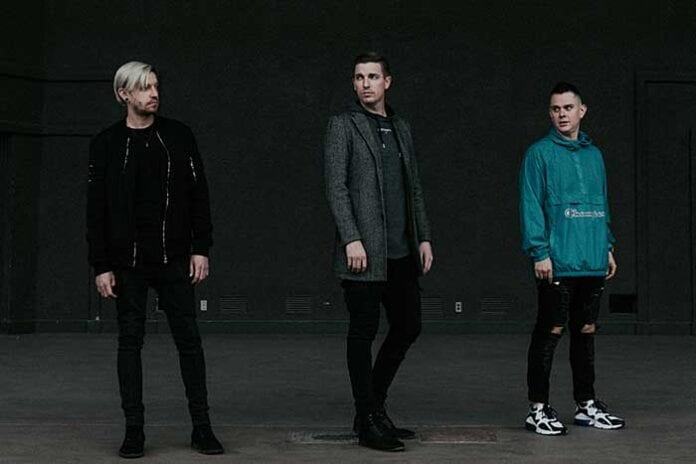 WATCH THE EXCLUSIVE PREMIERE OF THE NEW MUSIC VIDEO FOR “SYMPHONIES” FROM THIS MODERN ONLY ON OUTBURN.COM

Phoenix melodic alternative rock/modern hip-hop trio This Modern has unveiled a new music video.“Symphonies” sees the newcomers channel the likes of Twenty One Pilots, YUNGBLUD, and Hollywood Undead with the mesmerizing and genre bending new track.

The Arizona breakouts channel and execute a captivating collection, intertwining driving guitars with pinpoint rap and dusted with a glowing pop sensibility.

“We don’t usually write songs inspired by a specific situation. Instead, we write about feelings or themes in general, like love, loss, and anxiety, that are universal truths. We want listeners to interpret our songs in a way that’s meaningful or helpful to them,” says drummer Sean Whiteman.

“Lyrically, ‘Symphonies’ is about the dread of a souring relationship. The symphony’s playing, but the narrator’s voice isn’t singing along—the connection’s been cut. The narrator and the object of their affection go through rights and wrongs, highs and lows culminating in a feeling of resolution and closure. As in any failed relationship, you just hope the other person feels better once the spite is gone,” explains Timo Willsey, programmer/vocalist.

The Best Use of GUNS N’ ROSES Music in Video Games

Exclusive Premiere: THE DIFFERENCE BETWEEN’s New Single “Be Treated: Be...