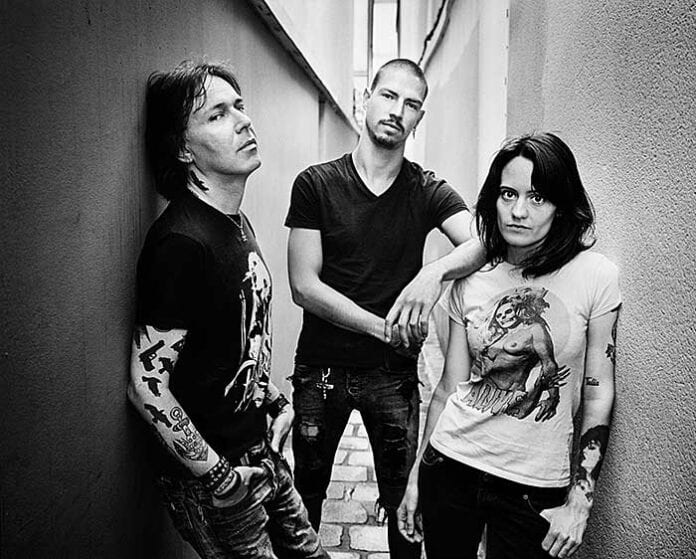 LISTEN TO THE EXCLUSIVE PREMIERE OF TALIA’S NEW ALBUM WHORES ON PARADE ONLY ON OUTBURN.COM

With roots from both sides of the Atlantic and influences transcending hard rock, punk, and grunge, Talia’s Whores on Parade is a record ripe for fans of the 90s alternative rock scene. With accomplished lyricism, rousing guitars, and a potent percussive force, the trio’s fourth full-length comes in the wake of 2018 EP Let Sleeping Dogs Lie.

The band’s high-energy live performances have become a staple of their identity, touring nationally in the US and supporting the likes of Reverend Horton Heat, Nashville Pussy, & LA Guns.

Gritty, heart-on-sleeve and frank, the LA based trio’s latest record, Whores on Parade delivers a dose of no-BS rock ‘n’ roll—unapologetic and in your face, a beacon of nostalgic but highly relevant musicianship.