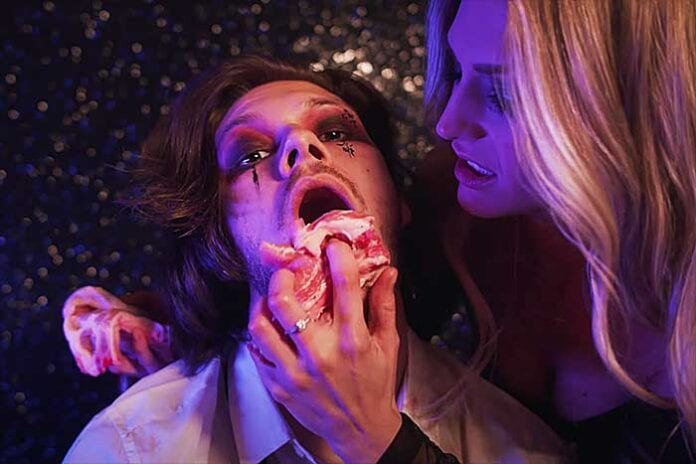 WATCH THE EXCLUSIVE PREMIERE OF THE NEW MUSIC VIDEO FOR “NIGHTMARES” FROM MIKE’S DEAD ONLY ON OUTBURN.COM

Mike’s Dead has released a new video for “Nightmares,” the second single off of his upcoming Revenge EP due out in May.

“With ‘Nightmares’ I really wanted to show my versatility as an artist. I wanted to take a step out of the normal heavy music I release and connect on a more emotional side, both lyrically and sonically,” says Mike. “This is the first song I’ve ever released with any sort of falsetto singing, and when it hits that post chorus at the end, I think it really shows how versatile I am as both a singer and a rapper. I think fans are going to connect with this one a lot, especially the music video. I wanted to keep the same level of ‘darkness’ that my videos have so we went with a plot based idea where I get fed raw meat by a psychotic girlfriend. Super sick. Definitely an out of the box idea.”

Combining elements of legendary nu metal/hard rock groups such as Rammstein, Nine Inch Nails, Limp Bizkit, and Korn with modern trap and electronic elements, American singer and producer, Mike’s Dead, has paved his own lane as a multifaceted artist. Launching his brand in June of 2018, he quickly amassed hundreds of thousands of followers across social platforms leading him to over 15 million independent streams in his first two years.

Growing up just outside of Washington D.C., he dropped out of college and at the age of 20, moved to Los Angeles to study audio engineering and music production. After years of relentless studio work, he crafted his unique sound, blending elements of hard rock with crushing bass lines and elaborate synth work. Vocally, he combines hard rap lyrics matched with raw emotion and ghostly melodies.