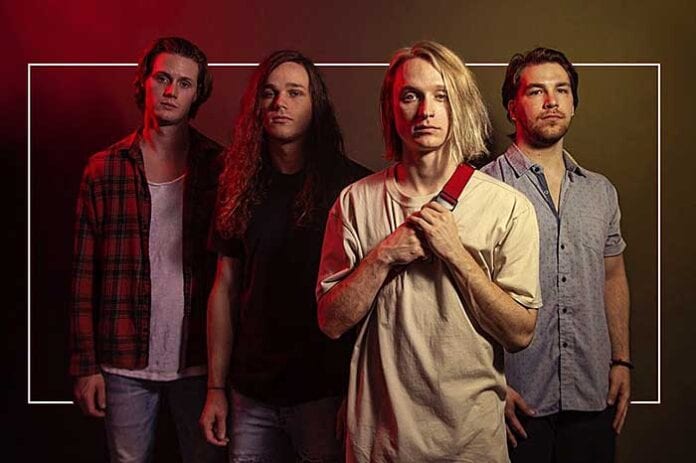 WATCH & LISTEN TO THE EXCLUSIVE PREMIERE OF PICTURESQUE’S NEW ALBUM DO YOU FEEL O.K? ONLY ON OUTBURN.COM

Order Do You Feel O.K?: picturesque.merchnow.com

Kentucky natives Picturesque is a band intent on doing things differently. Born out of a post-hardcore scene that’s often characterised more by aggression than accessibility, the five piece steadfastly refuse to be boxed or pigeonholed, and they’re set on embracing musical tropes not traditionally associated with heavy music. “Quite frankly, I don’t care if people call us a rock band or not,” vocalist Kyle Hollis says. “The genre of the songs we make doesn’t matter to us; in fact, I’d go as far as to say they’re genreless––nothing we write is formed in the traditional way. If something works, we roll with it, and that makes the music abstract, off the wall and, more than anything, exciting.”

Do You Feel O.K?, out April 24th on Equal Vision Records, combines vocalist Kyle Hollis’ and guitarist Zach Williamson’s love of Post Malone and Blackbear with fellow shredder Dylan Forrester’s metallic edge, creating modern rock epics that pay tribute to the Picturesque’s post-hardcore roots while showcasing a joyous eclecticism and fondness for more mainstream-friendly sounds. Do You Feel O.K? is teaming with ideas, but on top of being a technical success, there’s an emotional core that ties its 11 tracks together.