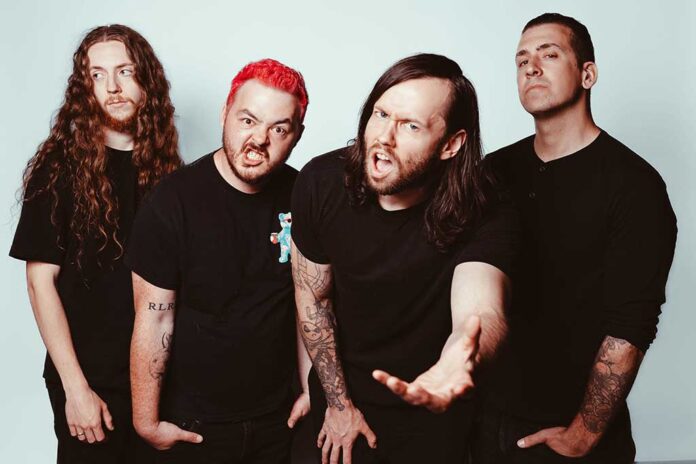 LISTEN TO THE EXCLUSIVE PREMIERE OF “MEDUSA” FROM DAMMIT GOLDIE ONLY ON OUTBURN.COM

Canadian alternative rock outfit Dammit Goldie has released a new single. On “Medusa,” Dammit Goldie takes another step towards the heavy arena, with a resonating anthem that nods to post-hardcore influence and captivates with a gripping and atmospheric delivery.

“Our newest single ‘Medusa’ caps off the three song session we recorded at Arc Recording Studio. Julius Butty engineered and co-produced the tracks alongside Wade Macneil also co-producing. This is our heaviest release yet and we are so excited to share it! We aim to change and evolve our sound with each released track all while keeping a familiar Dammit Goldie vibe.”

Since the release of 2020’s “Low Then Up,” Hamilton, ON quartet Dammit Goldie have gone about melting a range of punk and rock influences into their soundscape. With gritty punk rock vocals, nostalgic grunge tones and mathy guitar work, Dammit Goldie hone a dexterous array of music backgrounds and marry them with aplomb.

Influences and Essentials: THE VINTAGE CARAVAN In Their Own Words