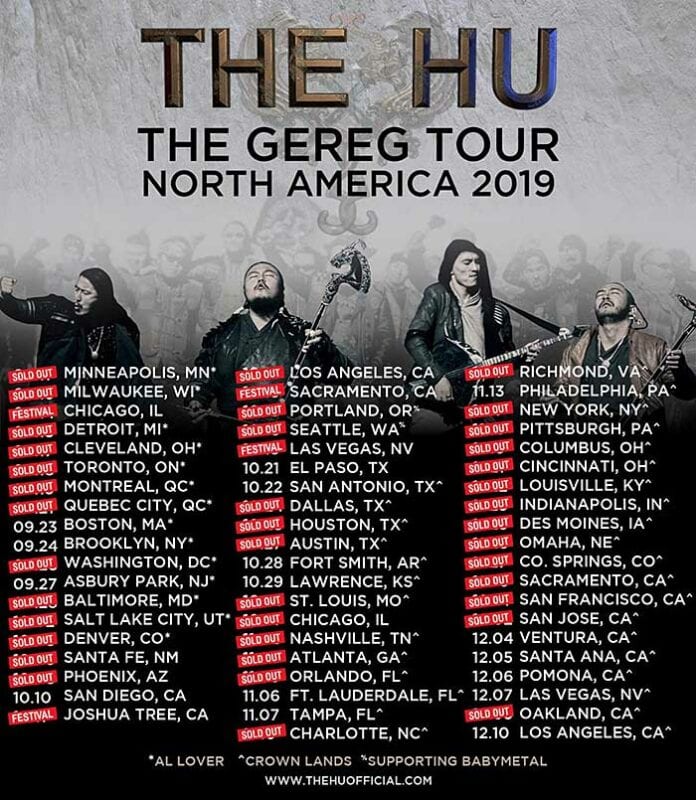 Coming off their recent sold out New York City show at Bowery Ballroom on their first ever headlining North American tour, Mongolian rock sensation THE HU are excited to share a new song “Sugaan Essena.” It’s featured on the new EA video game Star Wars Jedi: Fallen Order. The game hit stores November 15, while “Sugaan Essena” will be released as a digital single later this year. Find out more about the game and order it here: https://www.ea.com/games/starwars/jedi-fallen-order

The band will continue their triumphant three-month tour through December 10th when they’ll play a second Los Angeles show at The Fonda Theatre (the first L.A. show this past October at the Teragram Ballroom was a sell out). So far, the band has sold out 37 North American shows and performed at such festivals as Riot Fest (Chicago), Aftershock Festival (Sacramento), and Las Rageous (Las Vegas).

Among the band’s biggest new fans is Sir Elton John. When he recently interviewed the band on his ‘Rocket Hours’ Beats 1 radio show, Elton gave them massive praise by stating, “I’m such a fan of your album [The Gereg], and I want to congratulate you on being one of the freshest most original bands that I’ve heard in many many years.”

POWERWOLF Releases New Single and Official Video “My Will Be Done”