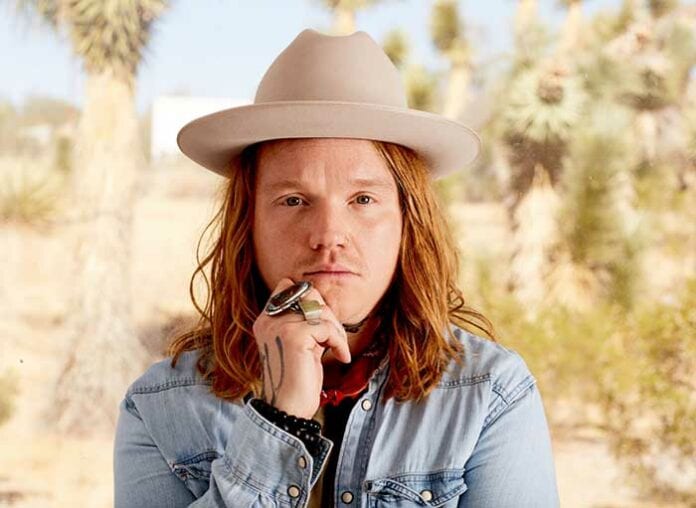 The Almost, the brainchild of Underoath drummer/vocalist and multi-talented artist Aaron Gillespie, are back. The band has signed to Fearless Records and will release Fear Caller on October 18.

Watch the video for the first single “Chokehold”

“It’s a story of my childhood that really comes apart in the bridge discussing my father,” Gillespie says. “The song essentially explains how I got to be the way I am. I need the chokehold to succeed. It’s one of my favorite songs I’ve ever written.”

While hundreds of thousands have become fans of Gillespie’s work in the rock world, the songcraft that defines The Almost and Fear Caller fulfill the potential he always exhibited at a now classic level. Inspired by sources as vast as Bruce Springsteen, Tom Petty, Brand New, and Dawes, he delivers the masterpiece he was always destined to make, achieving an artist breakthrough on par with those aforementioned influences by diving into the process like never before.

In order to record Fear Caller, Gillespie went to one of the most unpredictable and unstable ecosystems possible: the desert. The desert harbors countless ghosts, innumerable stories, and endless secrets. Various philosophies, texts, and religions point to it as the very source of creation. The vast nature of the desert’s power matches its geographical expanse in terms of sheer breadth. It also speaks to Gillespie on a deep level.

“I have a romantic affinity for the desert,” he says. “There are so many untold stories and hidden truths. The beginning of our thoughts and existence as a people happened out there. For me, it was a cathartic experience. It’s something I’ve never done. I needed to get out there with the ghosts and see what would happen.

In between his duties as vocalist and drummer for gold-certified three-time GRAMMY® Award-nominated juggernaut Underoath, Aaron introduced The Almost on 2007’s seminal Southern Weather. The group shared the stage with everyone from Faith No More and Jane’s Addiction to A Day To Remember over the years. In between The Almost and Underoath records, he also spent two years touring behind the kit for Paramore. The Almost would be reenergized when he started writing in the midst of Underoath’s triumphant 2018 headline tour. This time around, storytelling took center stage.

“It’s where I am as a person,” he admits. “I’m continually striving to be more honest in terms of my feelings, my music, and how I deal with things. I’m talking about each subject as a vignette. The stories are individual experiences. It’s truly the most honest I’ve ever been in songs.”