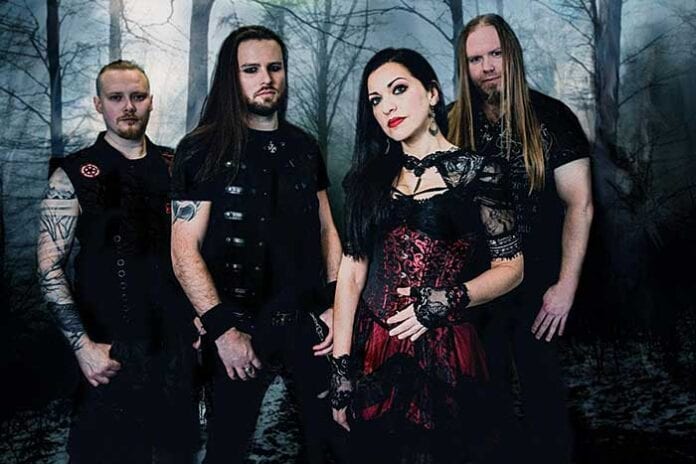 After releasing the album’s first output, “Addiction No. 1,” in late 2020, the four-piece around mastermind, bandleader, multi-instrumentalist, composer, songwriter and producer Morten Veland is ringing in the new year with another catchy yet smashing anthem! ”We Come To Ruins” skillfully portrays SIRENIA’s multifaceted nature and adds harshness to the record’s characteristic elements, while transforming the “beauty and the beast” concept into a modern yet dark atmosphere. Stamping guitar tunes are underlined by evil growls, ushered along by the vocal power of singer Emmanuelle Zoldan shortly after. This song is poised to move all the headbangers out there!

Morten Veland about “We Come To Ruins”:
“‘We Come To Ruins’ is the second single from our upcoming album. This song shows SIRENIA from a heavier side, although it is a very dynamic song with many changes in both atmosphere and intensity. It is probably a more ‘typical’ SIRENIA song than our first single, but still with a modern approach.”