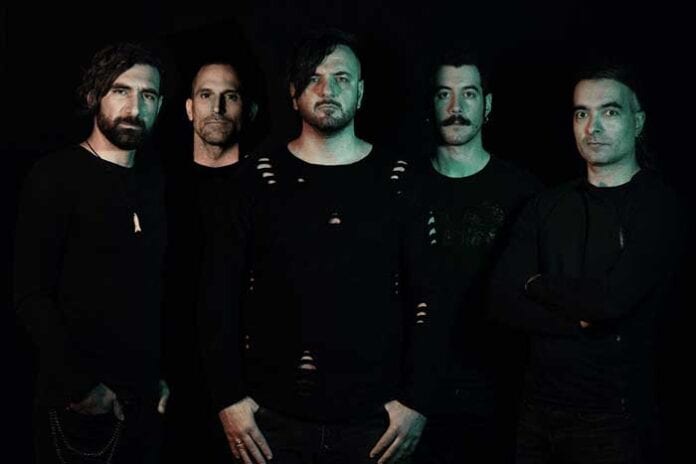 Greek modern metal five-piece SCAR OF THE SUN is poised to reach the next level with the release of their otherworldly third full-length, Inertia, out May 14, 2021 via Napalm Records, and has dropped the exciting second single and official video for the album’s title track today.

After unveiling their hard-hitting first offering, ”I Am The Circle,” quite recently, SCAR OF THE SUN is set to deliver their next smashing anthem with its catchy chorus, poised to stick in the listener’s mind forever. Taking off with an instrumental intro, ”Inertia” evokes full aggression, raising a voice for everything that is about to come and lyrically dissecting the idea that those who run the world want society to be numb. The song is visually underlined and smartly grasped by an impressive music video, shot and directed by Achilleas Gatsopoulos.

SCAR OF THE SUN and on the video for ”Inertia”:
“It’s absolutely breathtaking to watch your emotions and words that you put on paper being materialized and visualized in such a magnificent way! The work of Achilleas Gatsopoulos exceeded our expectations for one more time! Achilleas perceived and depicted the whole Inertia album lyrical concept and he managed to fit it in a four minute masterpiece of a video. We hope everyone will enjoy it as much as we do!”

Nergal’s ME AND THAT MAN to Release Second Full-Length Album, New...

MAKEWAR Release New Single “Sails” Off Forthcoming Album, Get It Together