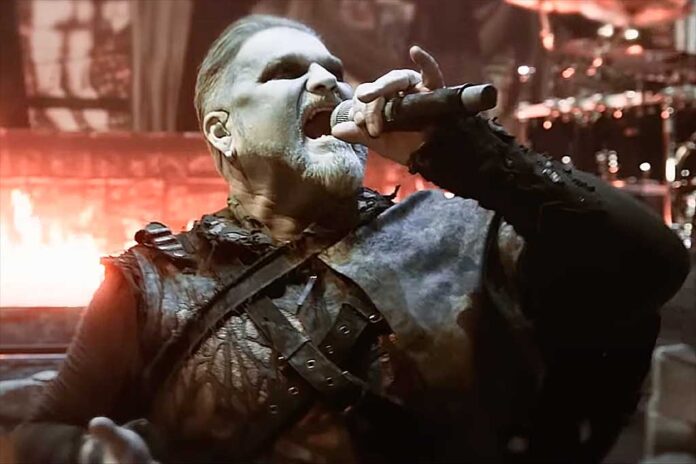 The day POWERWOLF fans have been eagerly awaiting has finally arrived – the cinematic streaming event THE MONUMENTAL MASS – A CINEMATIC METAL EVENT is finally available on various physical formats, starting today. With this movielike show, the wolves once again make clear that they are setting new standards on all levels. With incredible audio production and breathtaking visuals created by a huge LED wall, multiple actors, massive pyro elements and a new setting for each individual song, POWERWOLF has created something never seen before!

To celebrate the release, POWERWOLF just released a live video for one of their most celebrated and most successful songs, “Demons Are A Girl’s Best Friend,” cut from THE MONUMENTAL MASS itself. The stage shrouded in fog and blazing flames in front of a huge church on the LED wall provides the setting for the dance of the completely unleashed nuns, already known from the official music video, who are completely under the spell of POWERWOLF and their singer Attila Dorn. The video showcases once again that THE MONUMENTAL MASS – A CINEMATIC METAL EVENT is a must-see event!