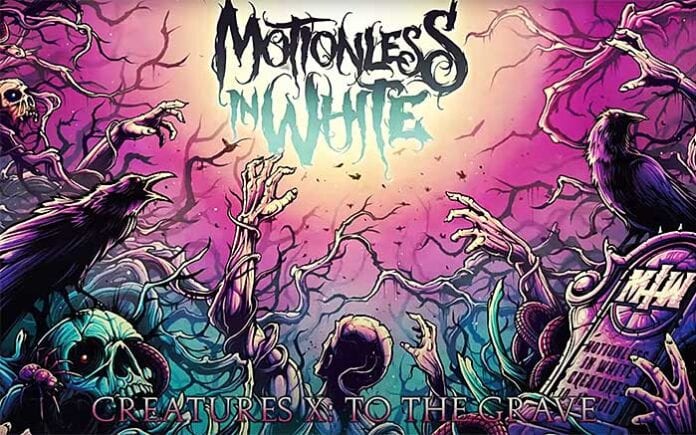 Roadrunner Records band Motionless In White have shared a brand-new standalone single, “Creatures X: To The Grave,” which is available today on all streaming platforms.

The band’s frontman Chris Motionless elaborated on the new single explaining, “After ten years of the most insane highs and lows that a band can experience, we are so proud to hit such a milestone as a record having its 10th anniversary. We wanted to do something special to celebrate, so we decided to throw it back with a very Creatures inspired track that includes some of the very same keyboard sounds and guitar riff styles that are found on that record, as well as many callback lyrics and themes to the original “Creatures” song. It’s been a very interesting year for everyone, but we’re happy to have found cool ways to still give fans something to hold on to throughout. Hope everyone enjoys this one. Happy Halloween.”

The track arrives as the band prepares to celebrate the 10th anniversary of their acclaimed debut album, Creatures, with a special ‘deadstream performance’ on October 28th which will see the band performing the album in its entirety during the event. Tickets for the stream are on sale now at miwmerch.com.