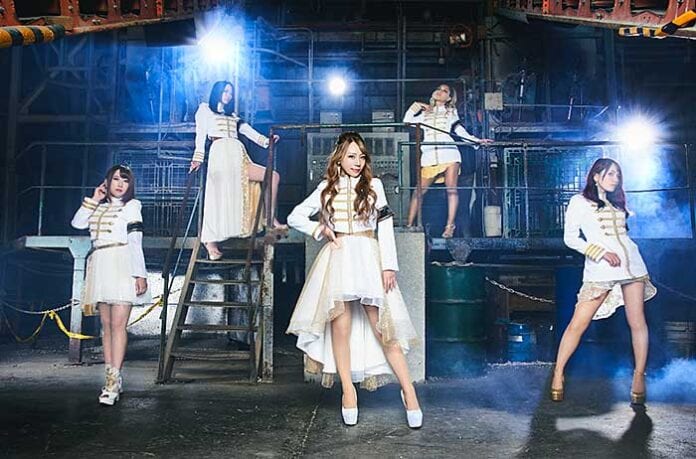 The song lives on the group’s new album Electric Pentagram, out April 24 via Red River Entertainment/BFD, in partnership with JVCKENWOOD Victor Entertainment Group and distributed by The Orchard in North America. The album is available for pre-order here.

“We are very excited that our new album Electric Pentagram will be released in the U.S. and Canada,” Lovebites said upon announcing the record. ”This new album has made our bonds as a band stronger than ever. Lovebites is an electric pentagram. A pentagram is a five-pointed star consisting of five lines. It’s been an emblem that’s adorned amulets and talismans since ancient times as a symbol of protection. That’s why we felt Electric Pentagram is the perfect title for this album. We are five points brought together to protect heavy metal. We hope you will enjoy the album!”

THE HAUNT Releases New Single and Music Video for “Brag About”