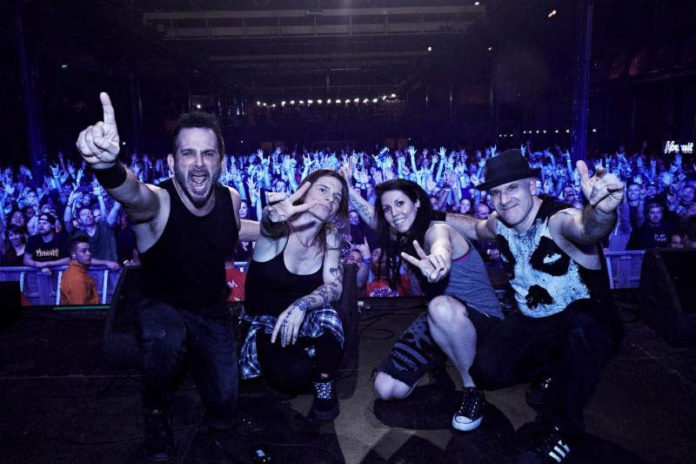 Brooklyn, NY’s LIFE OF AGONY is currently tracking their highly anticipated sixth studio album THE SOUND OF SCARS with esteemed producer SYLVIA MASSY (Tool, System of a Down) at her recording studio Studio Divine in Ashland, Oregon. Additional recording will take place at various studios in New York. Sylvia Massy will also handle mixing duties for the album. The Sound of Scars is expected to drop this fall from Napalm Records.

“Sylvia has a deep understanding of what this band is all about and we’ve wanted to work with her for a very, very long time,” says bassist Alan Robert. “Especially, since this is a concept album continuing the story of River Runs Red, we’re extremely grateful to have her on board to help capture the darkness, raw emotion and heaviness of the new material.”

“Life of Agony began boldly over 25 years ago with its hard musical discourse into the human condition, a darkly hued story which continues to evolve today,” explains Sylvia Massy. “This is a unique band with a remarkable history of personal discovery—a phoenix tale of flight, fire and resurrection. This month we begin again to record the latest chapter. I am excited to be the witness to the creation of the new Life of Agony album!”

The Sound of Scars marks the first Life of Agony album with new drummer Veronica Bellino, who joined the group last January and performed all year long on LOA’s highly successful “Rise of the Underground” tour. Bellino is best known for her work with Rock & Roll Hall of Famer Jeff Beck, DMC, Richie Sambora/Orianthi, and Carmine Appice/Slamm.

Besides work on the album, Life of Agony has already announced a handful of dates for 2019, including a co-headlining show with Overkill on Friday, May 10th at PlayStation Theater in New York City, Wacken Open Air Festival in Germany on August 2nd, and Rhein Riot Festival in Cologne, Germany with Body Count on August 3rd.