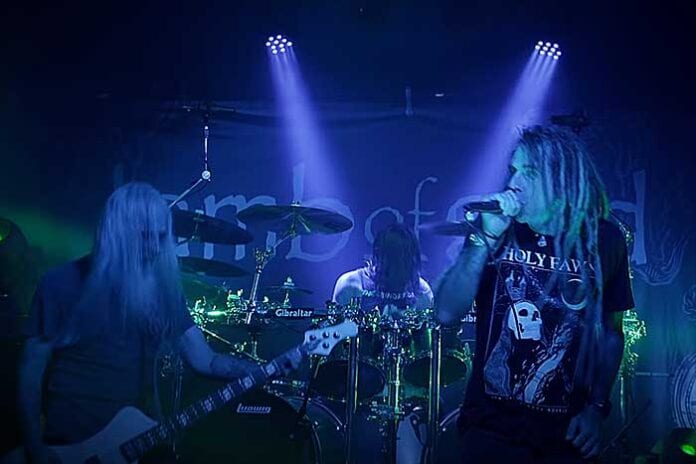 LAMB OF GOD has released a new video, “Resurrection Man (Live),” from the Lamb Of God: Live From Richmond, VA component of their three-disc deluxe version of last year’s critically acclaimed self-titled album.

“‘Resurrection Man’ has been a fun song to watch the fan reaction to and a fun one to play live for the first time,” says guitarist Mark Morton. “We wrote the music for that song quickly and spontaneously in pretty much an afternoon in our jam room. Willie freestyled the opening riff and we built from there. Sometimes it’s cool to just let stuff flow without overthinking things to death. I feel like ‘Resurrection Man’ is a great example of that.”

Released Friday via Epic Records, Lamb Of God (Deluxe Version) includes the full Lamb Of God record with two bonus tracks and a live version of the album, along with a DVD performance of Lamb Of God.