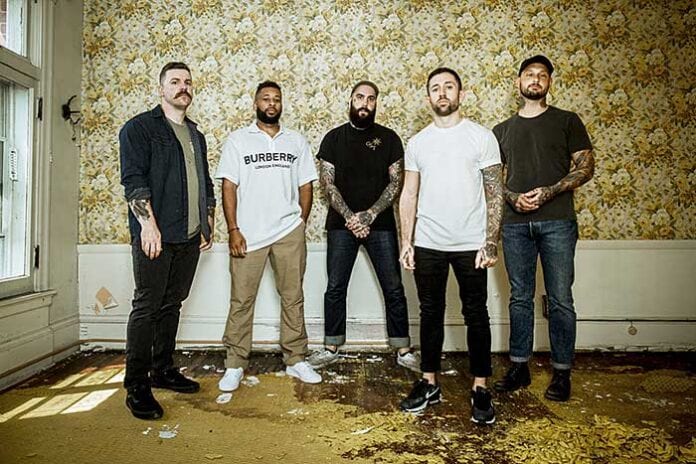 Fans of the Epitaph Records alumni Vanna, will likely be moshing for joy this weekend in celebration of INSPIRIT’s debut. The band, comprised of the 2006 Vanna lineup, has shared “Fold,” their first single under the rebrand.

The no-frills music video for “Fold” presents the band’s unencumbered energy and penchant for marrying gorgeous melodies with barbarous punk/hardcore.

“‘Fold’ explores the idea of a temporal paradox in time travel and how we can’t change the past without becoming untethered from the future,” says vocalist Chris Preece.

Vanna called it quits in 2017 after years of touring and recording. Due to the global pandemic caused by COVID-19, most of the members were presented with an usual amount of down time. During this time, the guys reconnected and decided to start a band that is “Vanna, in spirit.”