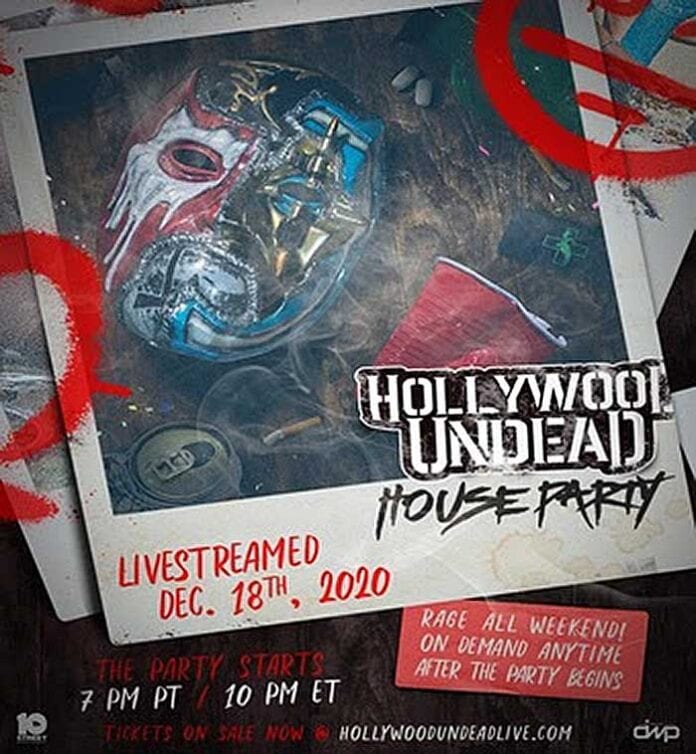 Gather your best buds and let the good times roll by getting tickets from www.HollywoodUndeadLive.com. Early bird prices start at $12.99 (valid now through Cyber Monday, November 30th only) and increase at 12:01 am on Tuesday, December 1. To be blunt, this will be THE party of the holiday season, so don’t wait until these tickets go up in smoke.

Speaking on the house party to end all house parties, Hollywood Undead’s Johnny 3 Tears says, “While we can’t get everyone together in a venue to party, we wanted to do the next best thing and host a night they’ll never forget, but won’t remember the next day.”

For fans wishing to take the party to the next level, Hollywood Undead are offering a variety of suitably awesome merch bundles:

All tickets and bundles are available now at Early Bird prices at HollywoodUndeadLive.com