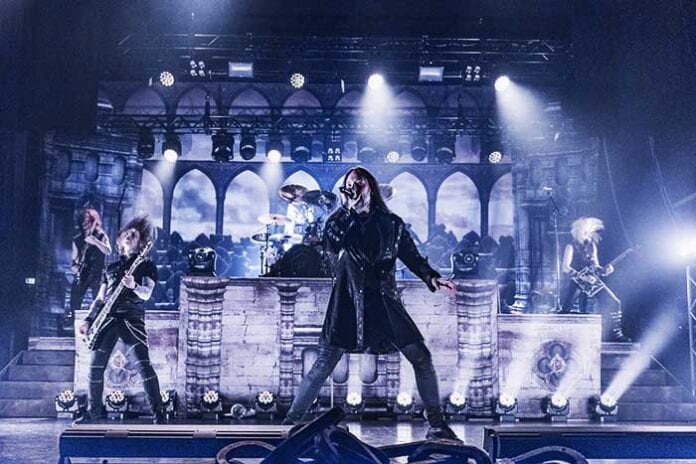 HAMMERFALL has just released a second video for “Keep The Flame Burning,” which perfectly captures the highly energetic spirit of HAMMERFALL’s new live album & BluRay, Live! Against The World. Celebrating the 20th anniversary of their chart-storming album Renegade (2000), the song, which rarely appears on their setlists, shines in a bright new light and pushes live productions to the next level.

With absolutely impressive, grand live production, huge arenas and overwhelming pyrotechnics, HAMMERFALL, the Swedish saviors of Heavy Metal, took over the world in 2019/2020 with their World Dominion tour. On this bombastic tour, they did not only celebrate the worldwide charting success of their freshly released 2019 studio album Dominon, but also the jubilee of the legendary Renegade album, by adding “Keep The Flame Burning” and an impressive Renegade medley to the setlist.

HAMMERFALL is on the rise with Joacim Cans’ distinctive voice and flawlessly executed guitar parts, which finalize this live record of the legendary show at the MHP Arena in Ludwigsburg, Germany—there’s magic in the air!

Guitarist and founding member Oscar Dronjak on the new video:
“It’s the 20th anniversary of Renegade, and to celebrate that accordingly we included some special songs in the set list. One of my all-time favourite songs is “Keep The Flame Burning,” and it was so cool to see it return after so many years’ absence!”