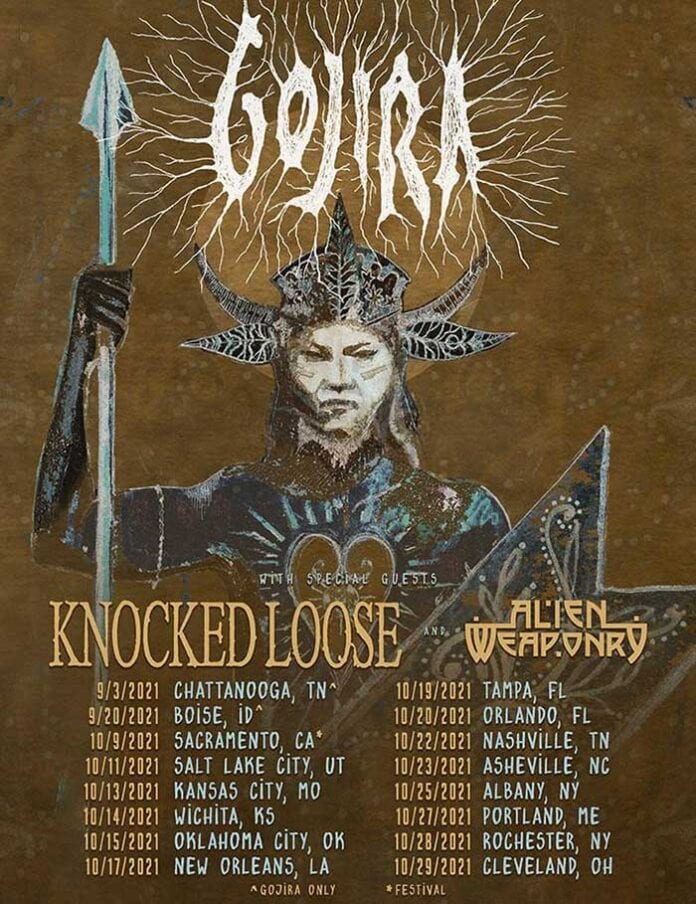 2x Grammy® nominated band Gojira has announced details of a fall U.S. headline tour. The new dates, which will feature special guests Knocked Loose and Alien Weaponry, are set to kick of October 11th in Salt Lake City, Utah at The Union and continue through a performance at Cleveland, Ohio’s The Agora on October 29th [full itinerary below]. Pre-sale tickets for the tour will be available starting tomorrow, May 4th at 10:00AM local time with general on sale starting Friday, May 7th at 10:00AM local time. The new headline dates will follow Gojira’s summer run supporting Deftones which gets underway August 12th at The Armory in Minneapolis, MN and includes two Gojira only headline dates on September 3rd in Chattanooga, TN and September 20th in Boise, ID. For tickets and for more information on Gojira’s live schedule visit www.gojira-music.com.

News of the U.S. headline tour follows the recent release of Gojira’s acclaimed new album FORTITUDE, which is available now on all streaming platforms.

NEW YEARS DAY on Tour This Fall with Halestorm and The...