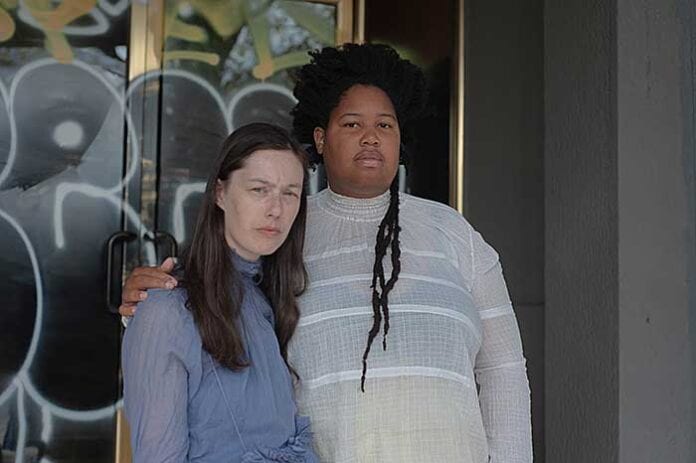 Multidimensional duo Divide and Dissolve share the video for “Prove It,” originally released as a stand alone single in 2019, and appearing on their forthcoming album Gas Lit (Invada, 29th Jan).

The visual expression of Divide and Dissolve’s message has varied across each of their music videos to date (revisit “We Are Really Worried About You” and “Denial”) but the intention of the music remains unchanged: to undermine and destroy the white supremacist colonial framework and to fight for Indigenous Sovereignty, Black and Indigenous Liberation, Water, Earth, and Indigenous land given back.

About this latest single, Divide and Dissolve explains, “‘Prove It’ calls into question the need to prove you experienced something. If someone wasn’t there to witness it, it still happened and may have caused harm. Colonial power structures, power dynamics, and societal expectations rely on Black, Indigenous, and people of colour being Gas Lit and denying our experiences, because the predominant white supremacist narrative demands us to. When a tree falls in the forest, it has fallen. ‘Prove It’ is about the acceptance of experiences of pain without expectation.”