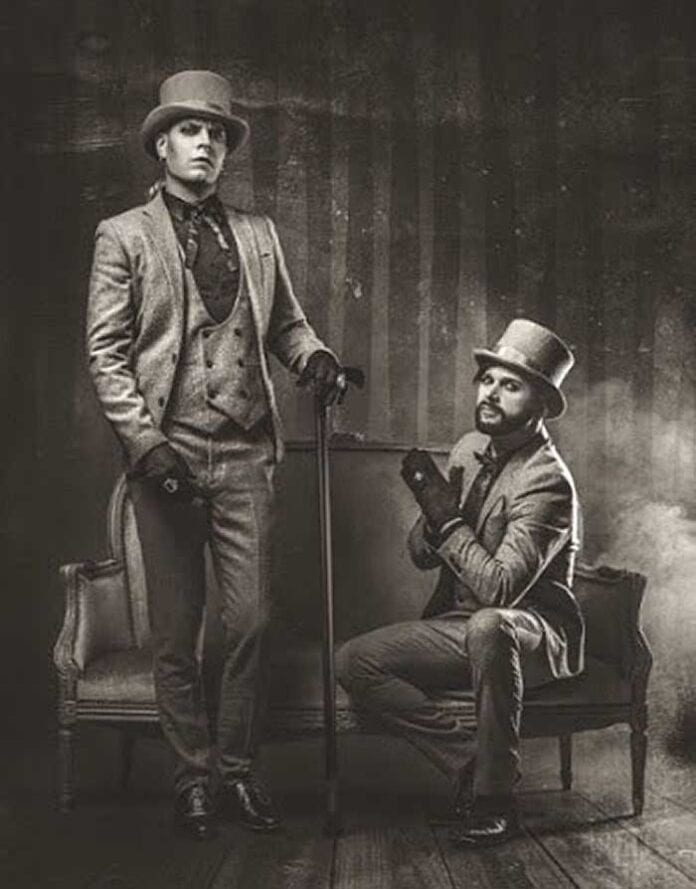 Today, DIE KREATUR, the beloved child of Dero Goi (OOMPH!) and Chris Harms (LORD OF THE LOST), releases their debut album Panoptikum, accompanied by a lyric video for the new single “Untergang” (in English: Downfall).

In harsh anger, drifting riffs and impulsive drums lead to the band’s fastest and hardest single so far and illustrates the diversity and complexity of DIE KREATUR. The screaming voices of Dero Goi and Chris Harms swell to an accusing storm of interpersonal abysm.

The lyric video captures the spirit of the song perfectly. Immerse yourself in the trance of DIE KREATUR and see for yourself!

DIE KREATUR on the new single:
“The song ‘Untergang’ (‘Downfall’) describes the third and last phase of a falling apart interpersonal relationship. These three phases, analogues to life, can be divided in maturity, height and decay. In this final phase, the last desperate attempts of the manipulative, control-addicted, exploitative and abusive person become more and more visible, by trying to keep the interpersonal system or the dying relationship alive with all his might, even though the cracks in the foundation are already very recognizable. Thereby, the respective person is entitled to every conceivable means to avert the inevitable, the interpersonal ‘Downfall.’”