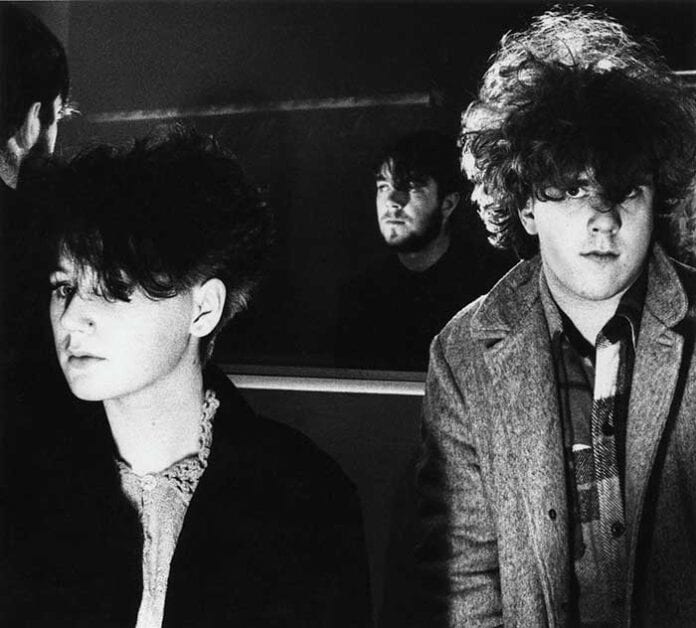 March 20th will see 4AD repress two more albums from Cocteau Twins on vinyl – their 1982 debut Garlands and 1986’s Victorialand. This means that with the exception of The Moon and the Melodies (their 1986 collaboration with Harold Budd), all the band’s studio albums released across 4AD and Fontana are now back in print.

Both represses will be pressed on 140g black vinyl, using audio remastered from the original analogue tapes and with art faithful to their original 23 Envelope designs. Download codes are included with both.

Garlands was the Cocteau Twins’ debut album, released in the early autumn of 1982. It was the only album they made with original bassist Will Heggie. Describing it as “haunting”, ”spellbound”, ”diaphanous”, and discerning a ”frosting of sweetness,” the critics wore out their adjectives; this was rock music – just – but it was conjured in the unlikeliest environment from the strangest of material.

This is Garlands’ first vinyl pressing in over a decade.

Victorialand, Cocteau Twins’ fourth album, was released in spring 1986. The largely acoustic, non-percussive album was made with Elizabeth and Robin, while Simon was working on This Mortal Coil’s second album, Filigree & Shadow. Dif Juz label mate Richard Thomas guested on tabla and saxophone. The Guardian said, “It’s not quite ambient, but it’s definitely not rock ‘n’ roll even by the Cocteau’s standards, building on the moments of guitar shimmer from the previous years’ EPs, while also stripping back at points to where it’s nothing but a Guthrie guitar line and Fraser’s voice.”

This is Victorialand’s first vinyl pressing since the 80s, with this new version cut at 33⅓ RPM.