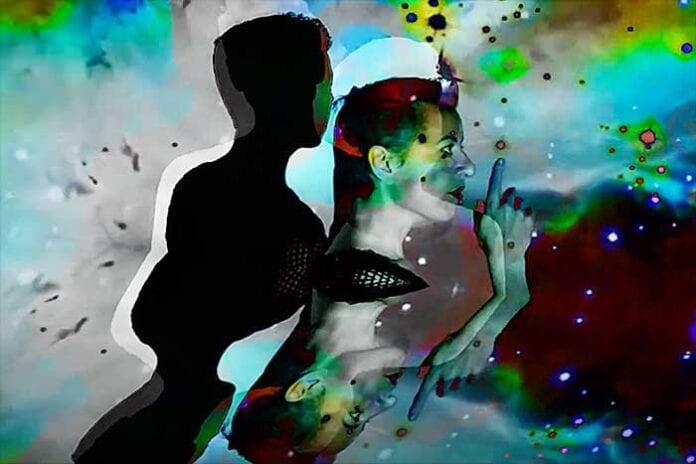 Recently celebrating a #1 entry on the German DAC Charts with the Chiasm & John Fryer album Missed The Noise, the legendary producer John Fryer has wasted no time getting his latest sonic masterwork ready for distribution. As part of his acclaimed Black Needle Noise project, Fryer teams up with accomplished vocalist Attasalina and violinist Meredith Yayanos for the haunting new song ”Machine.”

The single is the first release for Black Needle Noise on COP International Records, the independent record label where Fryer acts as A&R and a producer, helming the work of artists such as Stabbing Westward, Azam Ali, Chiasm, Stoneburner, Blackcarburning and more.

“Machine” is being released as a digital EP HERE and includes remixes from several artists on the roster including Christopher Hall (Stabbing Westward), Mark Hockings (Blackcarburning) and Sick Jokes, as well as Soman and Samantha Togni (London DJ). Set to an eerie landscape of violins, the powerful track takes on a dystopian feel, engrossed in a pool of beautiful vocals and detailed sonic flourishes that have become the hallmark of Fryer.

Attasalina, best known for her collaboration with Daniel Ash (The Soldiers of Everyday), has also released music with her band The Seraphim Rising and is currently working on her first solo record in collaboration with John Fryer, to be called Freed From Rage and Sorrow. She previously collaborated with Fryer on the Black Needle Noise track ”Messages By Dreams.”

Says Fryer of ”Machine”: ”It’s taken a while to find the right song for Attasalina so we could collaborate again. She did an amazing job on ’Messages By Dreams’ and she has done an exceptional job on ’Machine.’ It’s always a pleasure working with Attasalina, and it’s been great having Meredith Yayanos on board this time around playing violin on the track, adding another dimension.”

Attasalina says about the message of the track, ”‘Machine’ is a song about visions and change. Written and recorded just prior to the pandemic, the lyrics were inspired by distant memories of a future foretold. A future that we find ourselves living in now. Collaborating with John is a rewarding journey from inspiration to fruition. We worked long distance, sending tracks back and forth as the piece unfolded and transformed. Haunting violin, performed by Meredith Yayanos, infuses the song with a heart-rending beauty. As we find ourselves slowly emerging from this overwhelmingly tragic and challenging time, I am so very gratified to complete this second single with Black Needle Noise and release it to the world.”

Adds Meredith Yayanos, “From the first time I encountered Attasalina’s soulful words and imagery ages ago, I recognized her as a kindred spirit with a singularly powerful voice. She’s also fiercely kind. I’m so proud to call her my friend, and now, a creative collaborator. Of course, snippets of John Fryer’s exquisite songcraft have been drifting through my head since I was just a teensy wee clove-smoking kid, daydreaming during chamber orchestra rehearsals in high school. It’s an honor and a delight to work on this haunting track with people I admire as deeply as these two. There will be more to come, I hope.”

PETER MURPHY on Course to Make a Full Recovery After Suffering...