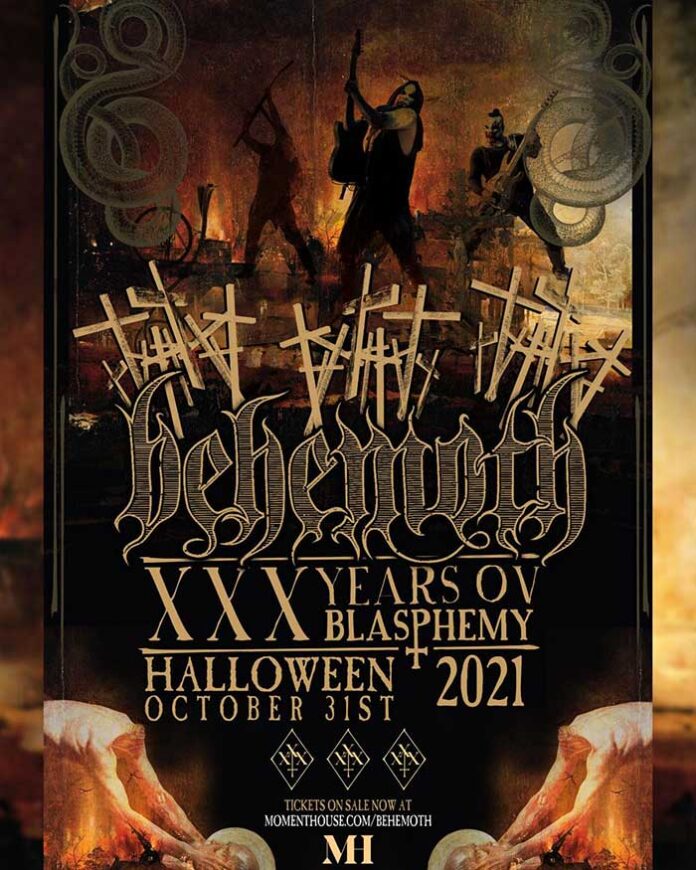 The cinematic extravaganza is set for Halloween night, October 31st, when the veil between our tangible existence and the netherworld is thin, so the spirits of the other side may enter. This year, that veil will be set ablaze by BEHEMOTH’s artistic and sonic black magic.

With each set, BEHEMOTH will showcase their glorious 30-year history and focus on each decade, starting with the early day of pagan and black metal sounds of Pandemonic Incantations through their international breakthroughs; The Apostasy and Evangelion, up to their most recent masterpiece, 2018’s I Loved You At Your Darkest. Three times over, BEHEMOTH will invoke musical demons from the past as they explore the depths of their discography. The event is directed by Dariusz Szermanowicz (G13 Production House).

Behemoth’s Moment will be broadcast to various territories around the world including North and South America, Asia, Australia & New Zealand, and the UK, Europe and Africa. Following the initial airing, the Moment will be available on VOD for 24 hours.

BEHEMOTH’s In Absentia Dei 2020 livestream will be available in live album/BluRay form on December 17th. The band are also working on a new album set for release next year.