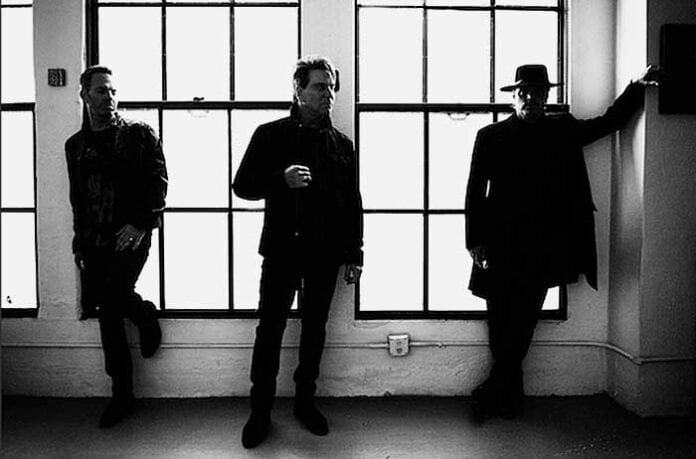 Los Angeles’ thriving darkwave post-punk trio ASHRR has emerged from a COVID quarantine hibernation with a new single titled “WAVES.” The anthemic song bends genres with driving rhythmic guitars and progressive synth intertwined with mesmerizing melody and vocals, proving to be another lead forward in the band’s impressive musical evolution.

“Since our formation, Ashrr’s sound has been in a constant state of flux as we continually draw inspiration from the creative forces that surround us. Our musical journey led us to a style that explores elements of sound from across the spectrum of rock, from adrenaline fueled post-punk and brooding dark wave to futuristic analog synth and primal guitar driven rock, with all roads leading to our new single “WAVES.” – ASHRR

The new single is accompanied by a cinematic video directed and shot by Keith Musil (TWIN SHADOW, GRIZFOLK, TENNIS) that follows the long and arduous journey of a fish, a visual metaphor for the trials and tribulations of life found in the meaning of the lyrics to the song.

“The idea for this video came about because of COVID restrictions and a reaction to the social movements brewing at the time. We needed a concept that didn’t require a lot of actors and would be something I could produce, shoot and edit on my own. Originally, I wanted to document the journey of an inanimate object similar to “The Red Balloon.” What struck me most about that short film is how much you feel for the balloon. Our intention was to do just that but with a 31cent goldfish.” – Keith Musil