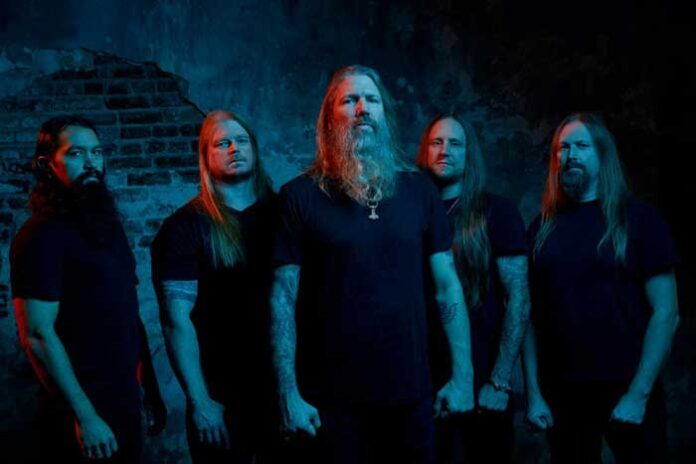 Acclaimed Viking overlords and modern masters of heavy metal, Amon Amarth have today revealed their brand new, pulverising single “Put Your Back Into The Oar,” an ode to the epic Viking row.

The standalone single was recorded & mixed in January 2021 at Fascination Street Studios in Sweden with producer Jens Bogren. Released via the band’s own label Victorious Music, the track was exclusively premiered on SiriusXM’s Liquid Metal yesterday and was subsequently played every hour throughout the day. Find “Put Your Back Into The Oar” on streaming platforms here.

Amon Amarth comments, “We’ve been quiet over the last 2 years, but we’ve been at home in Sweden hard at work behind the scenes. Much has been said about fans coming to our shows to have fun and doing the “epic Viking row.” Well we thought it was a good idea to write a song about it! This one is for you, the fans, wherever you are – and may Odin guide you as you row to your destiny in uncharted seas! Enjoy the song and video while we continue to work on a new album. We can’t wait to see all you heathens soon.”

The official video also premiered today on the band’s YouTube channel. Shot in England over 3 days in October 2021, the atmospheric, cinematic video was produced by Twin V and directed by Ryan MackFall at Crashburn Media.