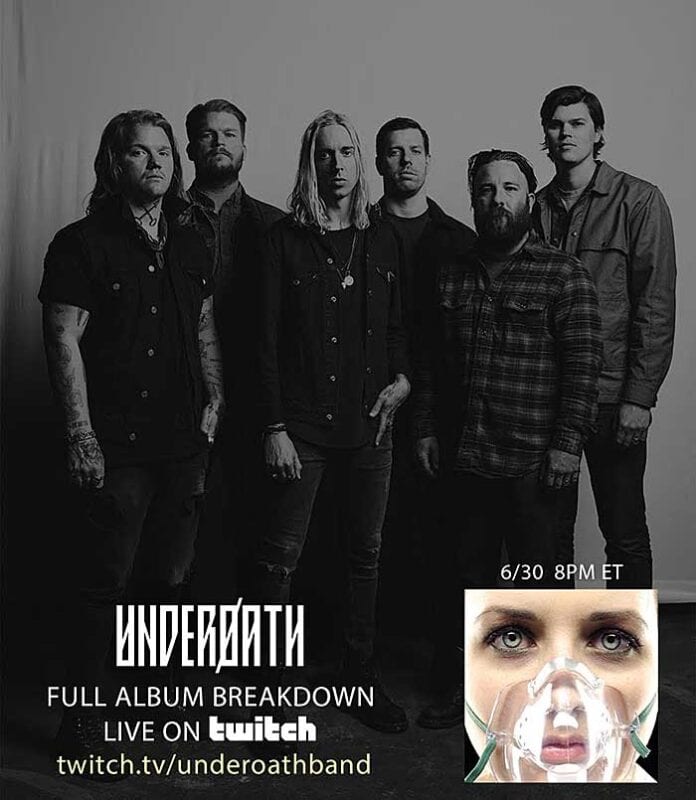 Earlier this year, hard rockers Underoath launched a weekly series on their Twitch channel. During the episodes, the band streams an album from its catalog in full and goes into detail about the writing and recording processes.

This week’s live episode kicks off at 8pm ET on Tuesday, June 30, and will boast an in-depth discussion of 2004’s landmark They’re Only Chasing Safety.