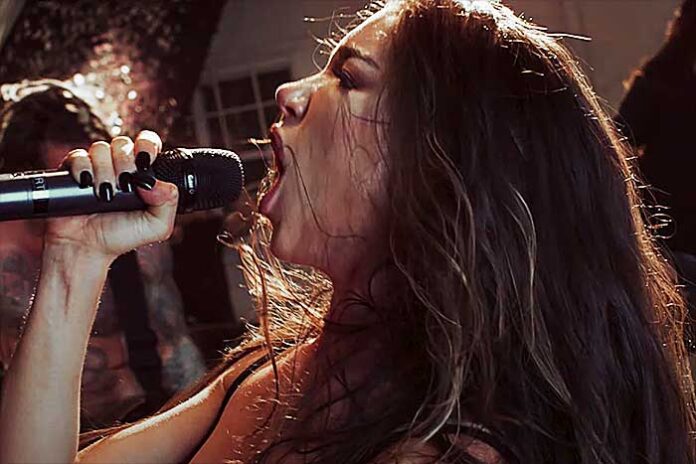 ONCE HUMAN released their new single/video “ERASURE” from the upcoming album SCAR WEAVER with a video premiere on YouTube today.

ONCE HUMAN is starting the new year with a massive new tune – “ERASURE” marks the fourth single from the upcoming new studio album SCAR WEAVER (hitting the streets on February 11th).

Lauren Hart, vocalist shares “‘Erasure’ is a song about blood diamonds. It’s about the clear-cut, horrific message that a rock is worth more than a life to their producers. Although today there are human rights laws and regulations that have eased the violent unearthing of these stones, it is still happening in certain parts of the world. My heart broke as I dove into the meaning of why it’s called a ‘blood diamond,’ and I felt compelled to tell its story.”