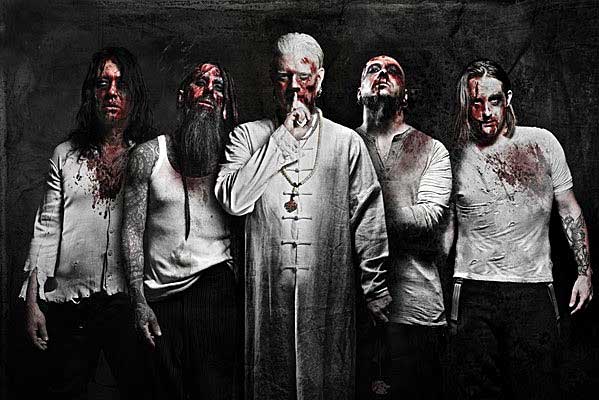 Following their successful summer tour throughout the U.S., Los Angeles alternative metal band Gemini Syndrome will be performing at the Blue Ridge Festival. Says vocalist Aaron Nordstrom, “After all that the world has been through, it will be nice to be part of the communion of synners once again. See you all soon!”

Drummer Brian Steele Medina continues, “It’s great to get back out and visit with our brothers and sisters again. Now more than ever we could all use music and human contact to balance out the pandemic, murder hornets & Pentagon UFO videos.”

LA alternative metal band GEMINI SYNDROME released their new digital single “Broken Reflection” on August 27, 2021. The song is taken is from their recently announced new studio album 3rd Degree – The Raising which will be released worldwide on October 15, 2021 via Century Media. Purchase/stream the track HERE.

“‘Broken Reflection’ focuses on the concept of Indra’s net. Basically saying that every consciousness is a crystal in a net or web and they all reflect the reflections from all the other crystals,” states GEMINI SYNDROME vocalist Aaron Nordstrom. “The thing about mirrors is, they don’t always reflect the image back exactly the way it appears. Sometimes the mirror can alter what you’re experiencing versus what’s actually there. ‘Broken Reflection’ is a state of being in a sense. We are all trying to show the best versions of ourselves, but we need to master those versions inside before we can present the perfect image and not have it be confused for something illusory.”

“Generation after generation we build an ever growing structure higher and higher upon itself. Are we building it on a solid foundation or not is the question. Are we building towards something better? Or are we slowly building a faulty structure that is doomed to collapse?” adds drummer Brian Steele Medina on “Broken Reflection”’s deeper meaning. “It’s the idea that we can take everything given to us in this world: Education, Tradition, Religion, Politics, the entire structure of society, and we can do it all right down to the smallest detail, and yet, still not be fulfilled. It’s the idea that ultimately, the only way to live a life of purpose, is to follow our internal compass and forge our own way.”