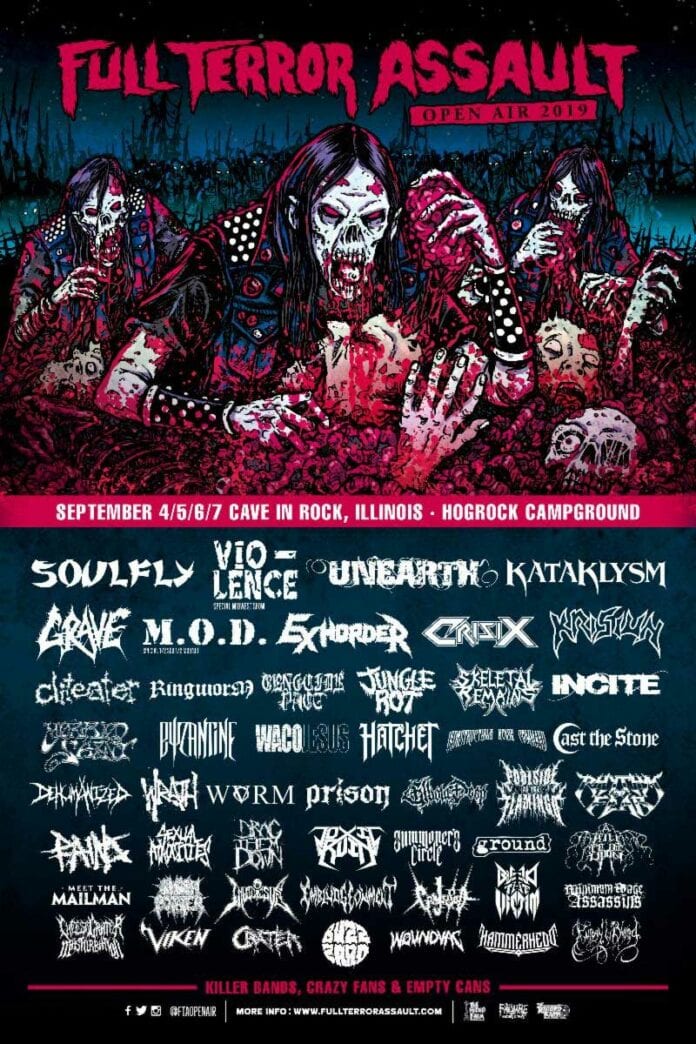 Full Terror Assault Open Air Festival—the first true European-style open air festival for extreme music fans in the U.S.—officially announced their fifth-year line-up details in late May. The festival will take place September 4, 5, 6, and 7, 2019 at Cave In Rock, IL’s Hogrock Campground, where fans will experience two days of pre-parties and activities, plus two more days of non-stop blistering sets from the best bands in underground extreme music of all kinds.

Trevor Phipps of Unearth says, “Illinois! We’ll see you this September at the Full Terror Assault Open Air Festival. This is one of the heaviest fests out there and we are geared up to be part of it. See you soon.”

FIT FOR A KING Announces Highly Anticipated Album The Path