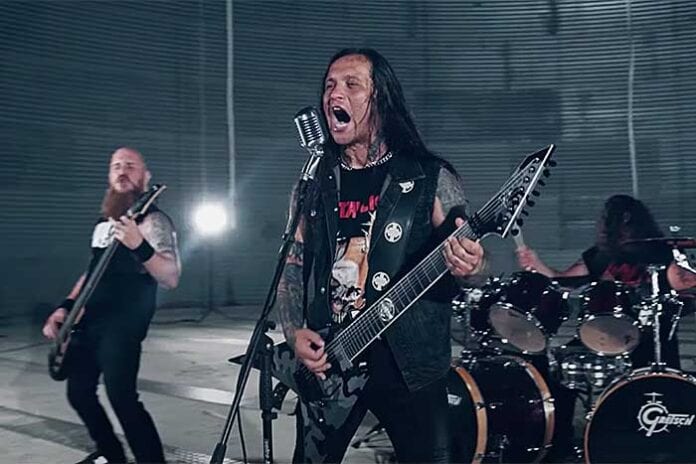 EKTOMORF has revealed the third single off their upcoming album, Reborn, out January 22 via Napalm Records! On “Smashing The Past,” the Hungarian thrash metal power machine is at their best: speedy, crushing guitar riffs and smashing drums upon angry, hateful vocals by singer and guitarist Zoltan “Zoli” Farkas, topped off with a dizzying guitar solo. This is thrash metal in its truest form!

Singer/Guitarist Zoli Farkas says about “Smashing The Past”:
“This was the very first song I wrote for Reborn—not a single note, nor a beat changed since the day of writing this song until the day we recorded this in the studio. You can still prominently feel the influences from our predecessor album Fury on this track: fast, aggressive, with a groovy breakdown and spiced with a killer solo to top it off! In my opinion, this it’s the perfect last single off the new album—pure thrash!”