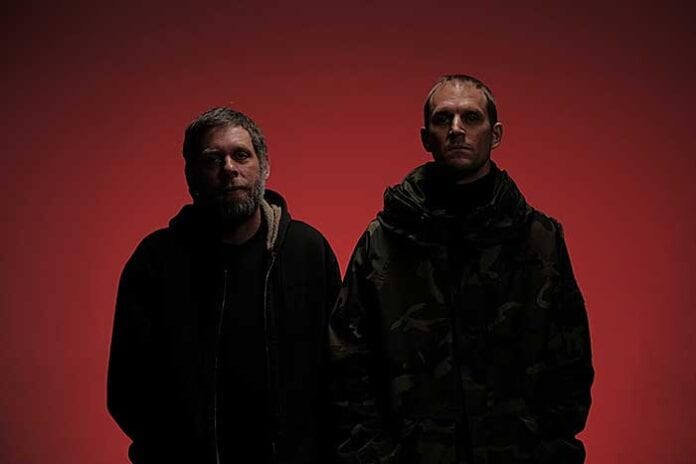 Buried Language, the sophomore effort from Denver-based industrial duo Echo Beds (comprised of Keith Curts and Tom Nelsen), is an album indebted to the past. Inspired by a tumultuous end to 2016, in which the pair were locked out of their rehearsal space and their gear was held hostage by Denver city officials, Buried Language is steeped in rage and embittered self-reliance.

Today, the band reveals a new video for the album’s standout track, “Small Print,” created by Echo Beds’ Tom Nelsen. The visuals are haunting and destructive; an appropriate union for the song itself.

Deprived of their usual tools, Echo Beds penned Buried Language over the course of eight months in various living rooms. Daisy chaining unfamiliar electronics and myriad devices, these primitive working conditions shaped the punishing industrial landscape of the album. Buried Language should be viewed as a kind of exorcism steeped in metaphor and brimming with social commentary—the album title refers to widespread overnight evictions and boarded-up DIY spaces across the country. It is the culmination of all the heartbreak, frustration, grief and rage and the cyclical nature of DIY space closures.