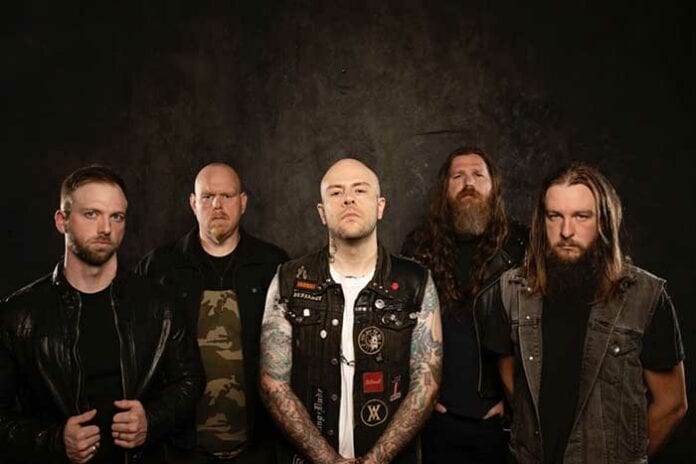 “The video for ‘The Negative’ was directed and edited by Oleg Masnyy,” explains singer Ryan Clark. “Oleg and I shot a variety of vignettes—including myself singing the song—as well as a number of moving objects to create texture and diversity. We paired our shots with found footage, and edited the entire thing in a highly crushed monochromatic style, utilizing only stark black, white, and red. Our goal was to create something that felt gritty and punk—like the song itself—influenced by 90s DIY show posters and silkscreen shirt graphics. The images, scenes, and objects themselves tie into the theme of the song, which is—to put it simply—the consistency of humankind’s failure.”

Demon Hunter will also hit the road performing more than 20 songs each night at a series of special shows this summer. “AN EVENING WITH DEMON HUNTER” is an epic mixture of fan favorite anthems and deep cuts that have never been performed live. Both electric and acoustic presentations will feature songs that span the band’s 10 studio albums, including their most recent, WAR and PEACE,which were released simultaneously earlier this year.

“We’re building a show that’s unlike anything we’ve done before,” vocalist/co-founder Ryan Clark explained when the tour was announced. “We’ll have video installations, created specifically for this tour, during set changes. We are planning the biggest lighting/staging production we’ve ever done, surpassing even the Stronger Than Hell tour we did back in the day.”

Clark finished, “No opening bands, just an entire night of DH mania. Whether you’ve seen Demon Hunter in the past or not, you won’t want to miss this.”

AN EVENING WITH DEMON HUNTER will arrive in 10 cities across North America, with VIP ticket packages available through SoundRink. The tour concludes with a more traditional festival-length set at Louder Than Life in Louisville, Kentucky, alongside genre titans Guns N’ Roses, Slipknot, Disturbed, and Breaking Benjamin.

Demon Hunter’s ninth and tenth studio albums arrived just two years after Outlive, which debuted at #1 Independent, #2 Rock Music, #2 Hard Music, #8 Current Albums, and #25 on the Billboard 200 charts. “On My Side,” from WAR enjoyed great success at radio.

Like Outlive (2017) and Extremist (2014), WAR and PEACE were produced by the band’s own Jeremiah Scott and mixed by Zeuss (Rob Zombie, Queensrÿche, Hatebreed). Singer Ryan Clark, a Grammy nominated designer who has worked on album projects for Alice In Chains and Foo Fighters, once again spearheaded the look and feel.