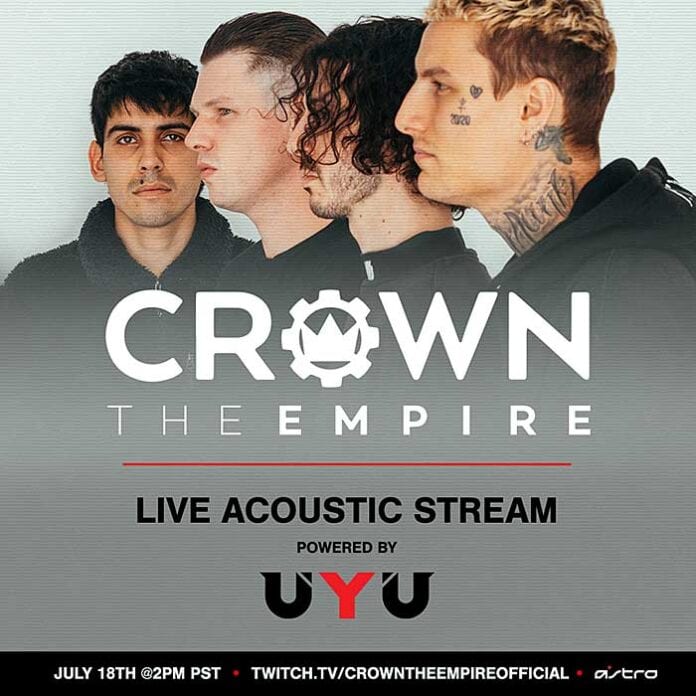 TUNE IN ALERT! Mark your calendars. CROWN THE EMPIRE are celebrating their 10th anniversary as a band in several ways and to the delight of fans. Next up: An acoustic performance!

CROWN THE EMPIRE ACOUSTIC LIVESTREAM VIA THEIR TWITCH CHANNEL
ON SATURDAY, JULY 18 AT 5PM ET/2PM PT.

The band just dropped 07102010, featuring acoustic renditions of songs that span its entire catalog, along with the brand new song “everything breaks.”

Crown the Empire also shared Out of Focus, a 10-minute documentary that details their story thus far.