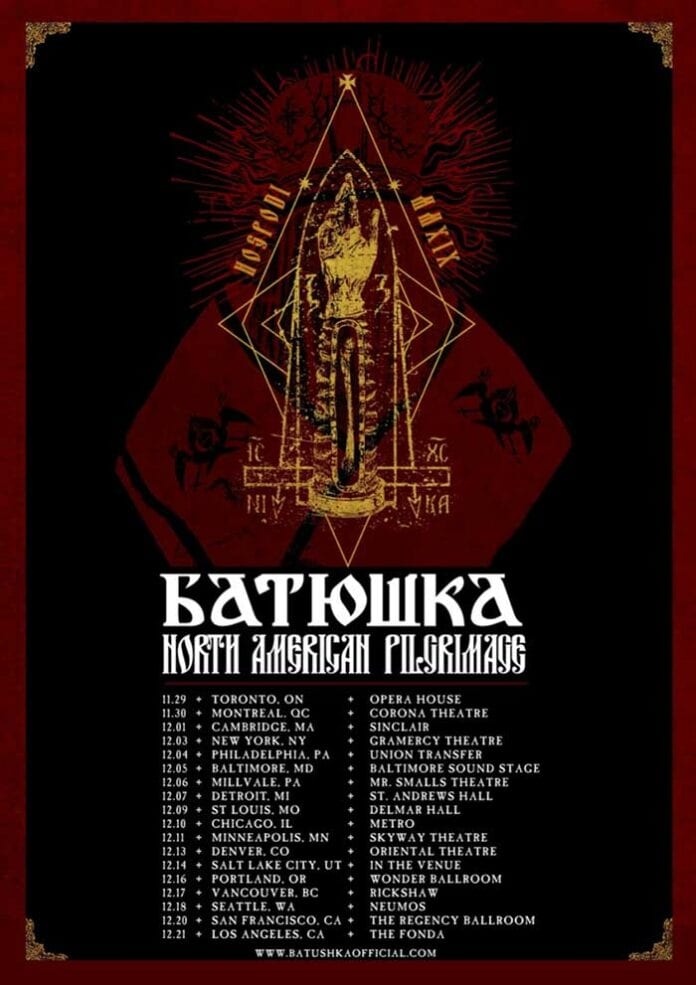 Emerging from the shadows of eastern Poland back in 2015, black metal band Batushka have established themselves as one of the modern era’s most powerful and evocative bands. Harnessing the fire and fury of arcane black metal and channeling it through the reverberant grandeur of ancient rituals of worship, the band’s debut album Litourgiya stood apart from the extreme metal hordes: a monument to originality, depth and dark mysticism that swiftly cast its spell over the metal underground and beyond.

The band’s sophomore album Hospodi is out now via Metal Blade Records.

The band has just announced its Fall 2019 tour plans. The band will bring its dark majesty to the U.S. and Canada by embarking on a headline tour of North America in November and December. The tour kicks off on November 29 in Toronto and runs through December 21 in Los Angeles. All dates are below.

Tickets go on sale on Friday, July 26 at 10am local time.