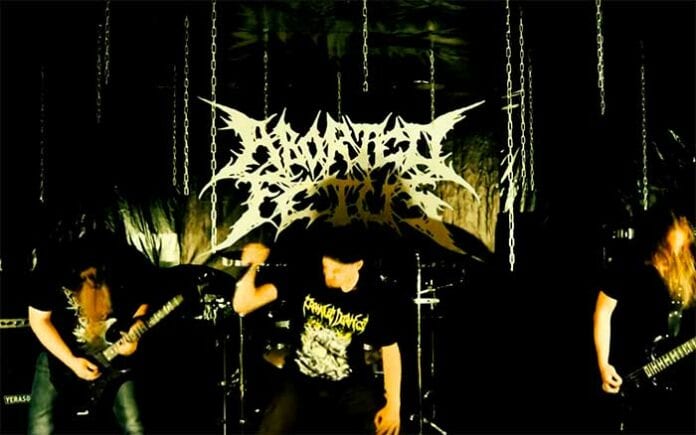 The underground death metal scene has never been stronger.

Niche record labels that cater to this subgenre have been popping up from all over the world in the most unlikely places, such as Thailand (Brutel Productions), Mexico (Iron Blood and Death Corp.), Italy (I, Voidhanger Records), and even in the United States (Comatose, Lost Apparitions). Though the bigger record labels such as Nuclear Blast, Napalm, and Metal Blade still manage a healthy roster and remain highly prolific, the smaller, DIY labels are certainly well respected and admired for their dedication, drive, and passion for the music.

Initially starting as a hobby in 2001, Comatose Music label owner Steve Green has seen his passion for his label grow over the years. “My love and devotion to death metal was my primary desire to start Comatose Music,” Green said during our recent interview. “I was in a band that played a lot of shows during 2002–2006, and it was a good way to reach fans at shows and promote and sell the CDs of the bands that represented the label, including my band at the time, Lust of Decay.”

India’s Transcending Obscurity record label owner Kunal Choksi had run a metal webzine for a decade. Out of the desire to help deserving bands get signed, Choksi started his own label and has become a one-man show when it comes to signing bands, running his operations, dealing with the distribution and all of the releases. Although Choksi wasn’t sure about his competency for running a label at first, his determination far exceeded his dreams. “I don’t want to not grow and stubbornly insist on underground aesthetics just for the sake of it,” Choksi admitted. “Good music is good music, and I’d love to do better each time, giving the bands I’m working with wider exposure. It’s, in fact, what the essence of the name Transcending Obscurity is, to help bands grow.”

Most of these independent underground labels, including Comatose and Transcending Obscurity, aren’t even trying to compete with the bigger labels and feel comfortable where they are by creating their own little niche in the metal genre. “I am completely happy with where things are at now with the label,” Green said. “Death metal is my passion and it’s what I know best. Everything will continue to grow with the same formula that has kept Comatose Music in the game for all these years.”

Choksi is also realistic when it comes to competing with the bigger labels. “You can’t become or afford to be a big label overnight. It’s a step-by-step process where you work with bigger bands or your set of bands gets bigger and better known,” he said. “Without thinking about such things, I focus on the release at hand and try to do my best for it. Admittedly, my taste is more underground, but it doesn’t mean that the band shouldn’t get more views on YouTube or have more likes on their Facebook page.”

Although there are many small DIY underground labels worth mentioning, this is OUTBURN’S TOP 5 UNDERGROUND METAL RECORD LABELS

5. LOST APPARITIONS — Formed in Luray, VA in 2009 as a CD/record store, Lost Apparitions arrived to provide music to the fans of all subgenre’s of metal, while mostly to promote the local scene. Bands represented by Lost Apparitions Records are anywhere from old school death metal pioneers to local up and coming bands from the area.
Top bands: Led to the Grave, Gutted Christ, Murdersome, Ashes of Mankind, Ribspreader
Bandcamp: lostapparitionsrecords.bandcamp.com
Website: lostapparitions.com

4. HELLS HEADBANGERS — Founded in 2000 in Valley City, OH, Hells Headbangers is one of the longest-standing independent labels and biggest online shopping labels around. The company has a diverse selection of death, black, thrash, grind, doom, and heavy metal from a big selection of LPs to shirts to DVDs to posters, etc. The label is very customer friendly by offering tons of deals, including free compilation downloads, stickers, and special $1 CD offers. They have a huge current roster offering various merchandise with great distribution, cheap prices, and fast delivery.
Top bands: Destroyer 666, Pounder, Embalmer, Grave Desecrator, Incantation
Bandcamp: hellsheadbangers.bandcamp.com
Website: hellsheadbangers.com

3. IRON BLOOD AND DEATH CORP. — With a slogan such as “Pure Fucking Metal,” you can’t go wrong! From Mexico City, Mexico, this brutal label is rooted in a diverse roster of International underground bands of death, black, speed, thrash, and old school heavy metal, and has a good track record throughout its many years of existence.
Top bands: Black Goat, Humanity Delete, Sodomic Baptism, Heathenspawn, Devourer
Bandcamp: ironbloodanddeath.bandcamp.com

1. COMATOSE MUSIC — This killer independent record label and distributor was founded in late 2001 by Steve Green, who also plays in bands Atrocious Abnormality and Lust of Decay. Located in North Carolina, Green solely specializes in signing bands who he enjoys listening to, releasing brutal death metal, as well as distributing other extreme genres like thrash metal, black metal, and grind. If the band is gory, violent, and brutal, you can count on Comatose to release its records. Plus, with UK agency Imperative PR handling their press releases and promotions, Comatose is one top-notch outfit. There’s no additional postage fees when ordering a physical CD, with reasonable product prices and a fast shipping turnaround time.
Top bands: Horrific Demise, Aborted Fetus, Kraanium, Embludgeonment, Strappado
Bandcamp: comatosemusic.bandcamp.com
Website: comatosemusic.com